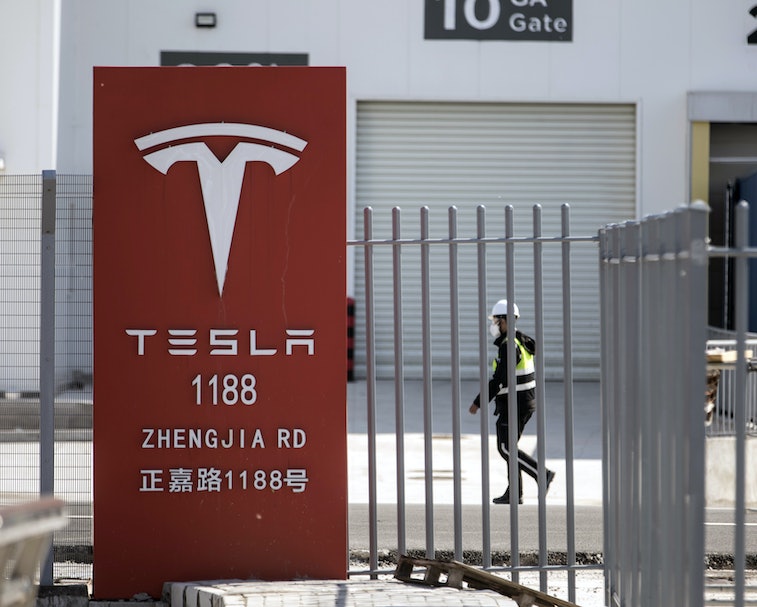 One of Tesla’s largest expansion efforts last year was creating a production facility in China. Now that project could be turning into a huge headache. Tesla is being forced to use older hardware in its Chinese Model 3 cars because of supply chain issues caused by — you guessed it — the novel coronavirus.

Tesla’s move to use old parts might disappoint some Chinese buyers, but it’s the best business move Elon Musk and company could have made given the circumstances.

The chip in question is for auto-pilot — All of the Model 3’s main functions will still be up-to-date; it’s only the car’s autopilot feature that will be stuck in the past. New Model 3 cars are usually built with the 3.0 version of the autopilot chip, but the Chinese production facility is using the 2.5 version because of supply chain issues. The new chip, which was introduced in April 2019, is reportedly able to process images 21 times more quickly than the previous version.

Plus Tesla will change them out later — In a statement, Tesla said it would later replace the Model 3’s hardware free of charge. The old parts will only be a temporary impediment for Tesla’s Chinese consumers.

Experts already worried about Chinese suppliers — Experts had their concerns over the pressure Tesla would put on Chinese supply chains before the coronavirus had even reared its head. It’s no surprise that factory shut-downs caused by fear of the virus have led these predictions to come true — it didn’t take much to send suppliers over the edge.

Based on its current plan, Tesla seems assured the supply problem will be short-lived. In the meantime, Chinese consumers can still buy a Model 3 — they’ll just need to be patient when it comes to its most updated autopilot features.