Data on over 1.5 billion Facebook users is for sale on the dark web 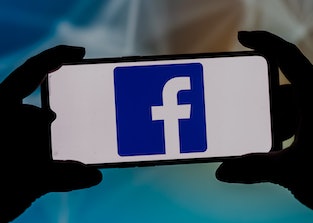 The amount of Facebook users who's data, including emails and phone numbers, is being sold on the dark web.

Data on more than 1.5 billion Facebook users, including their real names, phone numbers, and email addresses are being sold on the dark web. That’s according to Privacy Affairs, which scrutinized the data dump and reports that it appears authentic.

None of the data in question was private, but rather it was scraped from Facebook’s public search results using automated tools. But the information could be valuable to bad actors, who could use the information in phishing attacks, or in social engineering maneuvers in which an actor poses as an official from a company like Facebook and attempts to trick a victim into handing over more personal information.

Share with care — On the dark web marketplace where the data were found, sellers have organized the information neatly for the convenience of buyers. They could theoretically use the email and phone number of a user to target accounts elsewhere on the web.

The dump just goes to show that Facebook is porous, and anything you share with the company could be public if you haven’t scrutinized your privacy settings closely enough. Facebook’s privacy settings are notoriously confusing, but privacy starts at home, and you need to take care to verify what audiences are allowed to see information like your phone number when you save it to your Facebook account. Or, you know, not share that info with Facebook to start with, no matter how often it bugs you to flesh out your profile.

The sellers of this data dump reportedly quoted one prospective buyer a price of $5,000 for data on one million accounts.

Bad day — The dump comes at a particularly bad time for Facebook, which is suffering from backlash over a leaked report suggesting the company has been aware that Instagram causes mental health problems for teenage girls — something that prompted congressional hearings last week. And the company’s services have been experiencing a widespread outage today that has extended for several hours. It’s unclear if the two events are related.