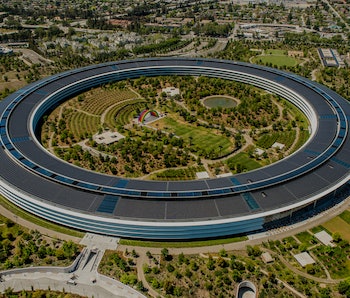 Developers have been speculating in recent days that Apple is preparing its own search engine to rival Google. Some have reported seeing increased activity on their sites from the company's Applebot web crawler. Applebot is currently used in Siri and Spotlight search to scour the web and determine what results would be most relevant to a user's query.

It's unclear whether Apple's search engine would have a web portal or be accessible only on the company's hardware.

Apple's hypocrisy — In some sense it's clear why Apple would want to reduce its reliance on Google, which has the type of data-based advertising model that contradicts its focus on privacy. Apple receives roughly $9 billion dollars in fees annually to make Google the default search engine in Safari and Siri, and the deal looks hypocritical to many. Apple is, in a sense, making money off the collection of user data, if indirectly.

A privacy-oriented search engine would offer far less potential revenue, however. Google saw a hit on ad prices after Apple blocked browser history-tracking in Safari, and Facebook recently warned that the effectiveness of ads on iOS 14 will decline when Apple blocks the default ability for advertisers to tailor ads based on your activity in different apps. It cannot charge as much for ads that are less personalized. Advertisements in Apple's search engine would likely be just keyword-based, as they are in App Store search results.

This wouldn't be easy — It's hard to imagine a company like Apple giving up the billions of dollars in payments it makes for little work unless it can somehow replace that revenue. Building out its own search engine that performs similarly well would be a costly endeavor — alternatives like DuckDuckGo are largely considered inferior by those who've tried them — and it would have to sell untold amounts of untargeted advertisements to make up the $9 billion in pure profit it receives from Google.

But Apple and Google are facing scrutiny for their multi-billion dollar deal, with U.K. regulators arguing that the situation creates a barrier to competition by making it impossible for alternative search engines to compete. If it's forced to end the agreement and lose that stream of cash, Apple would have more incentive to launch its own search engine. Though, based on Apple's behavior in the App Store, it seems likely its search engine would be much more PG-13 than Google. Since users can already change their default search engine in iOS, it seems unlikely launching its own search engine would draw the type of anticompetitive backlash that Apple is facing over the App Store.

At the very least, by building out a full-fledged search engine, Apple could gain more leverage over Google in negotiations and create a real competitor that causes increased innovation in the space. Google has increased privacy measures in its Chrome browser in response to similar moves by Apple in Safari.