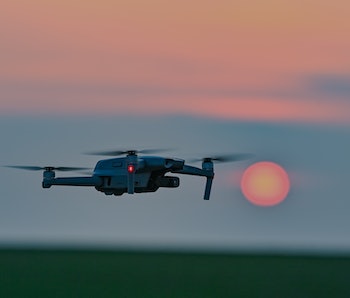 Chinese media is reporting that DJI, a maker of popular drones for consumers and enterprises, is creating a new automotive division that could supply sensors for future autonomous cars.

Sensors, sensors, sensors — DJI’s drones use a host of sophisticated sensors that help them autonomously navigate routes and avoid obstacles. The Phantom 4 Pro V2.0, released in 2018, was the first of its drones to include an infrared sensing system to understand its distance from objects by continuously measuring how long it takes for light to reflect from them.

Reuters reported in January that DJI was building an engineering team to work on self-driving technologies — a new posting on Chinese social media site QQ says that DJI will reveal more information about next week’s Shanghai Auto Show.

These types of technologies are crucial to self-driving vehicles, which need a constant awareness of everything in their surroundings. DJI with its experience in autonomous drones intuitively seems like a suitable entrant to the lucrative industry. But its experience in autonomy is primarily in the sky, where there are far fewer obstacles to avoid. And many other big-pocketed companies are competing in the space, from Tesla, Google, and Amazon, to GM with its Cruise division.

Most self-driving technology is far from perfect. Early days of optimism gave way to more conservative roll-out timelines after companies taught cars to follow road markings and naively thought they could overcome other driving situations just as easily. Turns out, even the most advanced artificial intelligence software can be unsure of what to do when faced with unpredictable humans.

Still, as the automotive industry makes a transition from combustion to electric, and human-driven to autonomous, tech companies like DJI stand to make fortune by supplying their expertise in areas of artificial intelligence and UI design where legacy automakers are lacking.

Nationalization — Being from China, DJI might have luck gaining support from the government there. The company was recently added to the Department of Commerce’s “Entity List,” making it difficult for DJI to buy hardware and services from American companies. The effective ban was made on the grounds that DJI has links to the Chinese government, which has used its drones to surveil the minority group of Uighurs. The cameras in its drones could also (theoretically) be used for foreign surveillance.

Growth from manufacturing has slowed in China and officials hope that China can become a leader in technological innovation by developing more homegrown products. Other Chinese technologies including Baidu, Alibaba, and ridesharing giant Didi Chuxing are all working on self-driving car initiatives in partnership with automakers there.