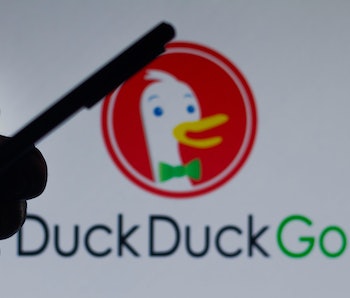 From its humble beginnings as a niche search engine that prioritized privacy, DuckDuckGo is looking to expand its horizons into web browsers. DuckDuckGo’s founder and CEO Gabriel Weinburg detailed in a year-in-review blog post that the company is working on a privacy browser that’s currently in closed beta.

Weinberg said in his post that the desktop browser is going to be similar to DuckDuckGo’s mobile offering with “no complicated settings, no misleading warnings, no ‘levels’ of privacy protection.” Weinberg also said that it won’t be a “privacy browser” but a “privacy app” maybe in a hint that it doesn’t want to get pigeon-holed as an alternative web browser like Brave or Epic.

“It's an everyday browsing app that respects your privacy because there's never a bad time to stop companies from spying on your search and browsing history,” Weinberg said in the blog post.

DuckDuckGo’s announcement comes at a time when people are becoming far more concerned with privacy and how their personal data is being circulated on the Internet amongst Big Tech companies. Even reflected with DuckDuckGo’s statistics, the search engine currently sees an average of more than 100 million search queries a day, compared to the 16 million search queries total for the entirety of 2010. Combined with a string of news that companies like Google and Meta are quite lax with how they gather and use our data, DuckDuckGo’s timing is just right, if a tad late.

But, it seems that DuckDuckGo has gone with a top-down approach to the design of its browser, focusing on the privacy elements and building a simple and clean browser around that. The browser will also feature DuckDuckGo’s Fire button that’s already on the mobile app, which clears all tabs and browsing data with one tap.

Weinburg said that they will be building the browser around the OS-provided rendering engines, allowing DuckDuckGo to do away with some of the unnecessary elements that other more mainstream browsers are built with.

When asked for clarification, a DuckDuckGo spokesperson clarified to The Verge that the “macOS and Windows both now offer website rendering APIs (WebView/WebView2) that any application can use to render a website. That’s what we’ve used to build our app on desktop.”

Notably, the way DuckDuckGo is going about building its browser means it can avoid being built by forking Chromium, the open-source codebase developed by Google that many web browsers are built off of. Even the privacy-focused Brave and Epic web browsers were built using Chromium.

Busy year for privacy — Besides building a privacy browser, DuckDuckGo has kept busy in 2021. The company released a beta version of its Email Protection tool that acts as a screener for trackers for your personal email. DuckDuckGo also released the beta of its App Tracking program in November for its Android app that blocks third-party trackers.