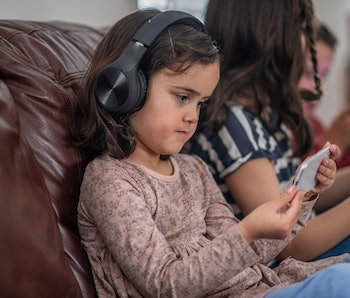 Duolingo has a proven track record for teaching people new languages, but its new Duolingo ABC app launching today for iOS is aimed at teaching people their first language. Little people, that is. And assuming their first language is English. The app uses a variety of short games to teach young children ages 3-6 the alphabet, phonetics, and how to match words to images.

Duolingo says that Duolingo ABC includes over 300 lessons. In some of the lessons, users are asked to match a letter to an object that starts with that letter. In others, they're asked to spell out a specific word using a jumble of letters. In the example below, for instance, the user is asked to match a word to its corresponding image, and learns in the process that Matt is a rat (yikes, Matt, better watch your back.)

Excellent timing — Duolingo ABC is launching at an opportune moment when kids across the world are being sent home as schools close in order to mitigate spread of the novel coronavirus. While lots of elementary, middle and high schools are offering remote classes, there's a gap for pre-schoolers. One that Duolingo's superbly positioned to fill.

While there's a plethora of apps for teaching kids their ABCs, Duolingo is probably one of the more trustworthy players out there. There are a lot of shady apps out there using questionable tactics to make money off unsuspecting children, but Duolingo says its app features no ads or sneaky in-app purchases. The company can do that because it makes its money from ads on its language courses for adults, and from subscriptions to its premium, ad-free offerings.

Duolingo ABC is English-only for now and will initially be going live in Australia, Canada, Ireland, New Zealand, the UK, and the U.S. There will be an Android version at some point in the future, and we wouldn't be surprised to see the company add other languages soon, like perhaps the second-most-popular on its regular service, Spanish.