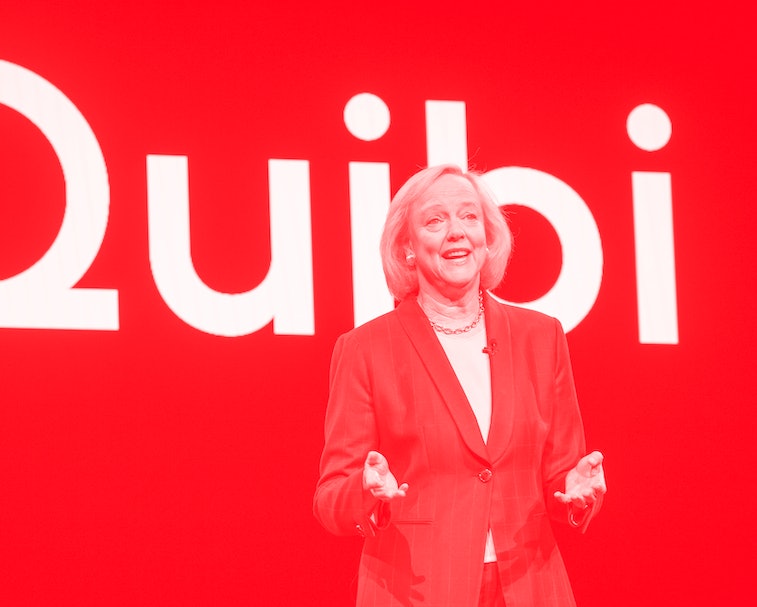 Quibi officially launches its video streaming service in April, and its apps are already live, but reports suggest it's already off to a terribly shaky start. First, coronavirus fears forced the company to cancel its launch party. And now it's being accused of stealing intellectual property by media and technology company Eko, according to The Wall Street Journal.

The accusation concerns Quibi's Turnstyle feature which lets you switch between horizontal and vertical orientation on your phone at any point. That can mean a wider or tighter view on the same scene without any interruption to the action. It's unmistakably cool, but Eko says Quibi stole the whole idea from it.

Eko calls Quibi out — As spotted by The Wall Street Journal, Eko released an official statement on its tussle with Quibi. "Over 10 years, Eko has contributed a multitude of patented inventions to the interactive video space," the company said. "It appears that others have found significant value in incorporating our technology into their endeavors without our permission. We are hopeful for an amicable solution that rightfully recognizes our work."

Quibi responds — Quibi denies all accusations of intellectual property theft. "Our Turnstyle technology was developed internally at Quibi by our talented engineers, and we have, in fact, received a patent for it,” the company said in a statement. "These claims have absolutely no merit and we will vigorously defend ourselves against them in court."

A declaratory judgment to clear the air — Filed on Monday, Quibi's lawsuit against Eko seeks a declaratory judgment which would, if it wins the case, publicly state that the firm stole no intellectual property from Eko. Quibi also argues that Eko does not have ownership of orientation-based video technology as it isn't a heavily guarded trade secret.

In a comment to Gizmodo, Eko called Quibi's lawsuit "nothing more than a PR stunt." It's hard to predict how this legal quarrel will turn out, but it certainly doesn't help Quibi's public image. COVID-19 concerns combined with this accusation, the streaming service company has some serious damage control to do, especially considering its betting the farm on its ability to win subscribers fast.