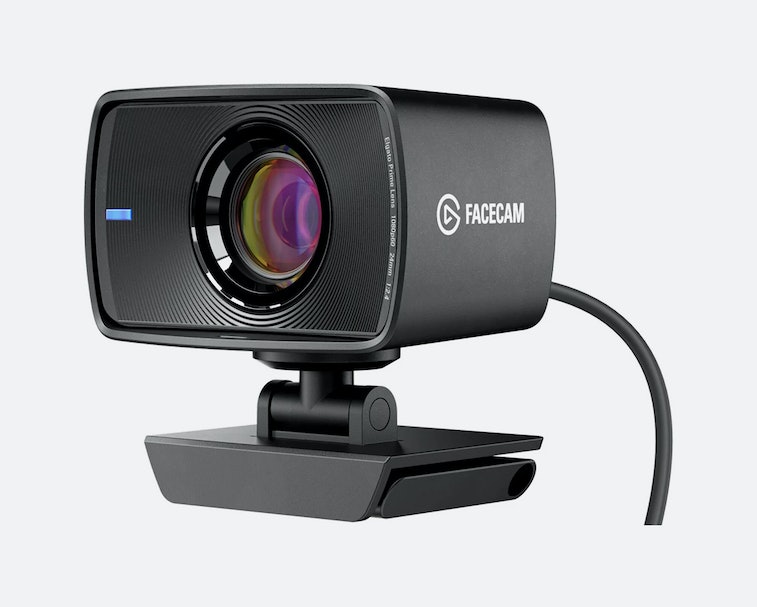 Elgato took the wraps of a new webcam today at its Create Better event called the Facecam. The company shocked the world when Jeff Stegner, a Product Manager at Elgato, announced that Facecam would not capture 4K video, but instead would provided uncompressed 1080p at 60fps over USB 3.0.

Giving Elgato the benefit of the doubt for a moment, the company presumably wanted to deliver high-quality 1080p instead of low-quality 4K by using an 8 element glass lens, as opposed to the plastic lenses that typically come with small-sensored cameras, including phones. As noted above, the stream from the webcam is uncompressed, giving you the option to tweak a bunch of settings in Camera Hub, Elgato’s control software for the camera.

During the presentation Elgato boasted about using a Sony Starvis image sensor in the Facecam, and a quick Google search reveals that these sensors are typically used in... security cameras and industrial imaging applications.

Stegner leaned into his appreciation for showmanship by revealing that the footage we were seeing of him was, in fact, captured on a Facecam webcam. To me it looked like pretty crummy 1080p, low-bandwidth video, but that could just have been the press stream. Though, since streaming is one of Elgato’s specialties, the muddiness was surprising.

The company is positioning the device as an alternative to Cam Link, which is a genuinely sweet product that turns your DSLR or mirrorless camera into a webcam, allowing you to create insanely high-quality streams if that’s what you want to do. While it is true that you you’d have to provide your own camera plus the $130 Cam Link, even a $200 Panasonic G7 you found on Craigslist would provide much better video.

That said, the integration with Camera Hub could be appealing. In one demonstration the host mapped a button on the Elgato Stream Deck (another actually-good product) to the zoom function in Camera Hub to do an on-the-fly dramtic zoom, which is cool! My question is: What else are you really going to change during a stream? The white blanace? Unclear.

Finally, the price for Elgato’s genre-defining webcam is $199 dollars. I personally wouldn’t strap a glorified security camera to my monitor for nearly $200, but I’m not here to yuck anybody’s yum.