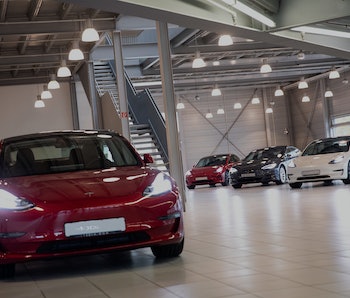 Tesla CEO Elon Musk said on Twitter today that he once considered selling his electric company to Apple for a fraction of the price it now trades at. The comment was made in response to another user who shared reporting from Reuters which suggested that the iPhone purveyor intends to enter the electric car market by 2025. Apple has been researching electric cars for at least a few years now.

"During the darkest days of the Model 3 program, I reached out to Tim Cook to discuss the possibility of Apple acquiring Tesla," Musk wrote. "He refused to take the meeting."

Besides plans to make an electric car, the Reuters report also incredibly says that Apple closely watched Tesla's Battery Day event and took notes for its own project.

Frenemies — The two companies have something of a history. Following reports in 2015 that Apple was poaching some Tesla employees, presumably for its related endeavor, Musk quipped that, "Apple is Tesla's graveyard."

But evidently, money talks and it would have been around 2017 when he attempted to sell his company to Apple. Around that time, Model 3 production was struggling with bottlenecks as Tesla tried unsuccessfully to automate much of the manufacturing work. Musk also reportedly approached Google to consider a sale in 2013 as he struggled to ramp up Model S production and the company regularly neared bankruptcy.

One can dream — The opportunity to acquire Tesla has come and gone. Apple had more than $200 billion in cash in 2017 with which it could have acquired Tesla, worth roughly $60 billion at the time. But today it's too late as Tesla's market value has skyrocketed to a whopping $600 billion, more than the nine largest carmakers combined.

Apple rarely shells out much cash to buy companies, however, so it's not exactly surprising it passed. And their respective business models don't exactly mesh. Apple sells premium devices at high margins — automobiles like the Model 3 typically have much lower profit margins and are upgraded infrequently. And Apple, unlike Tesla, doesn't manufacture products itself, instead outsourcing that to contract factories.

Reuters says it's still unclear exactly whether Apple will even sell its own branded car at all or do something else in the space, like sell the software components.

Many acolytes of the two brands still hoped they would have combined. Tesla and Apple both have strong brand affinity as innovators who have disrupted in their respective spaces, but the latter has one thing Tesla does not: operational excellence.

Automotive offers a lot of monetary potential as the industry continues its monumental shift to electric and self-driving technology, areas where tech companies have a lot to offer. Apple is skilled in squeezing efficiency out of batteries through deep hardware and software integrations, and it has also introduced advanced LiDAR sensors in its iOS devices, a technology present in most emerging self-driving implementations (except Tesla's, notably).