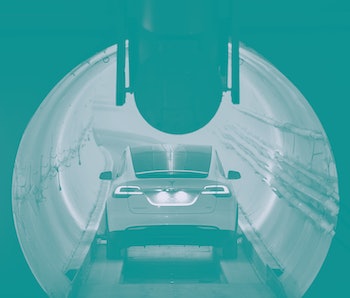 Elon Musk’s Boring Company is launching a new contest next year to see who can develop the most efficient tunnel-digging technology, the company announced this week. The “Not-a-Boring Competition,” which is set to launch in Spring 2021, asks competitors to reach the goal of boring a tunnel faster than a snail.

Snails aren’t exactly the fastest creatures around, so this competition should be pretty easy, right? Well, apparently snails are much better at boring holes through soil than machines are. According to the Boring Company’s FAQ page, the average snail is effectively 14 times faster than a Tunnel Boring Machine (TBM).

The goal here — besides winning, of course — is innovation. The Boring Company is essentially looking for fresh talent that might be able to help it in its goal of world tunnel domination.

The details — The Boring Company hasn’t set too many stipulations for the competition. Based on the announcement, it doesn’t even look like the machinery used to complete the task needs to be all-electric (though Musk would likely prefer it that way).

The only real details released thus far are related to the goal tunnel. Teams will need to bore a 30-meter tunnel with a cross-sectional area of 0.2 square meters — equivalent to a circle with a 0.5-meter diameter.

Is this something we should be concerned about? Is there an army of remote-controlled Teslas just waiting for Musk to activate them?

Anything but boring — Though it’s never made nearly as many headlines as Musk’s other companies Tesla and SpaceX, the Boring Company has been doing some legitimately impressive work in its three years of existence.

One of the company’s larger projects, for example, is tackling the constant traffic problems in Los Angeles, California. The Boring Company has been planning underground loops that would make it easier to navigate congested areas by allowing cars to travel — for a small cost — through an underground street instead.

But the Boring Company’s big plans are mostly unfinished right now. Having better tech at the company's disposal would definitely speed things up a bit. And who knows, you might just get a job at the Boring Company out of the competition, too.