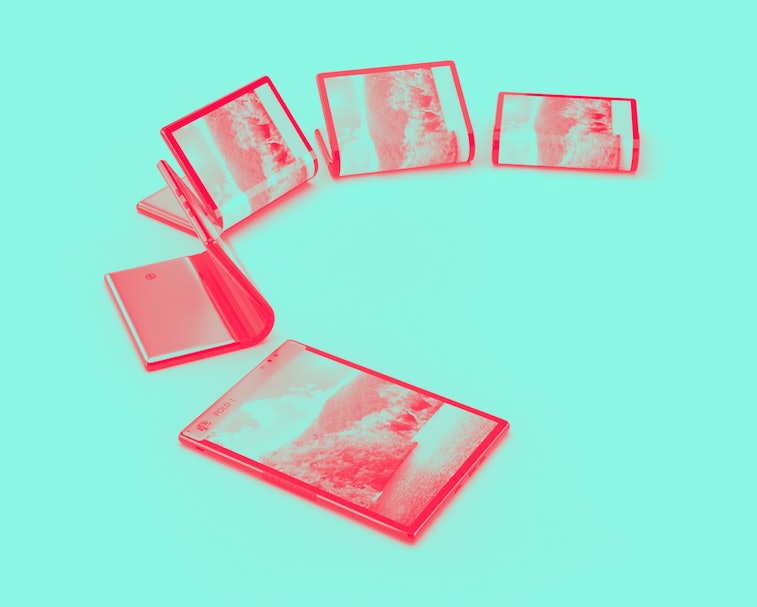 Roberto Escobar — brother to drug lord Pablo Escobar — is launching the Escobar Fold 1, a foldable Android phone that he claims is "unbreakable" and will "beat" Apple. Yes, everything about the phone and the attack on the iPhone maker is ridiculous in every way.

Hot garbage — The Escobar Fold 1 looks terrible. A more thorough glance at its specs (7.8-inch display, 128GB/512GB of storage, Snapdragon chip, dual cameras) suggests it's a rebadged Royole FlexPai, which is arguably the worst foldable phone currently available. I mean, cool, the screen folds in half, but if it's like the FlexPai display — the design and accordian-like hinge really do look identical — the plastic screen is gonna be "crunchy."

I'm not saying don't dream big, but Apple and Samsung sell hundreds of millions of phones every year. Samsung, Huawei, and Apple are the top three smartphone makers in the world and command an estimated 51% of the global market as of Q3 2019, according to CounterPoint Research. Though, the Fold 1 is billed as an unlocked phone that'll work on "all networks in U.S.A. and worldwide," its reach won't be anywhere near as vast as Apple or Samsung's... if it comes out at all.

Even if the foldable Android phone does fascinate you, will you be able to sleep at night knowing you're supporting a cocaine trafficker? I'll pass.