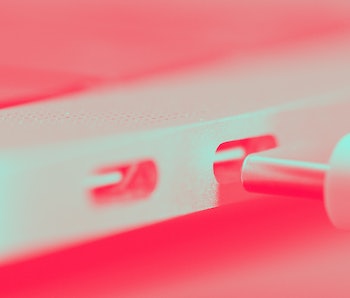 The European Parliament is considering legislation that would force electronics companies to use standardized USB-C chargers for phones, tablets, e-readers “and other portable devices.” The move is intended to help reduce e-waste and make consumers’ lives easier.

One charger to rule them all — Most flagship Android smartphones already use USB-C, as do many headphone makers. Apple, meanwhile, even though it’s adopted USB-C for its iPad Pro range, still uses its proprietary Lightning port for its iPhones and AirPod lines, and Amazon uses micro-USB (or USB Type-B) for its Kindle e-reader.

Apple’s is expected to resist — Last year, Apple argued a move towards standardization would “freeze innovation rather than encourage it,” ZDNet reports.

Apple says it’s shipped more than a billion devices that use the Lightning connector and an “entire ecosystem of accessory and device manufacturers” has sprung up around it. Of course, Apple conveniently fails to mention it previously had no qualms moving from its 30-pin standard to Lightning, rendering myriad cables, audio docks and other accessories useless without the purchase of a pricy 30-pin-to-Lightning adapter in the process.

The EU’s tried this before — In 2014, EU lawmakers called for electronics companies to embrace a common charger but made compliance voluntary. This time around it looks like lawmakers are going to be somewhat more insistent. Of course, there’s always the chance Apple will sidestep any demands entirely by going totally wireless, but then how would it gouge us on dongles?