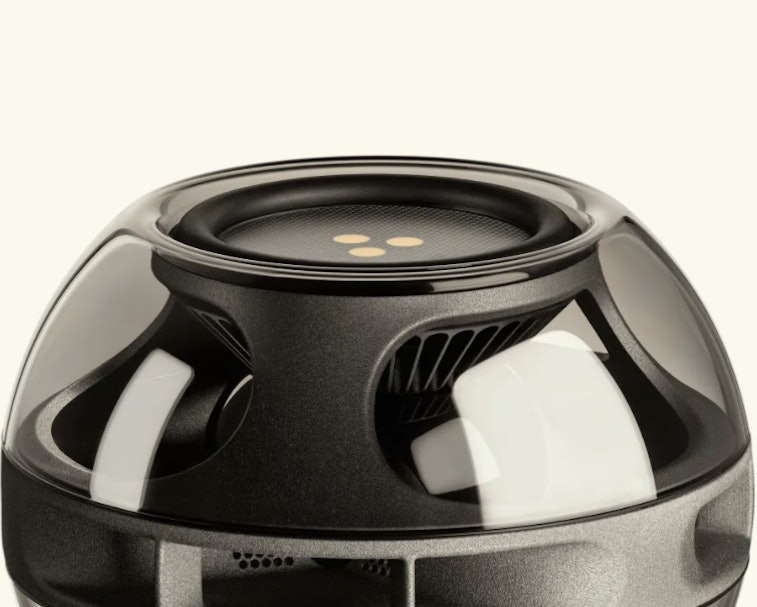 If you thought Apple’s HomePod (the now discontinued one) was expensive at $350, think again, because a former designer from the company essentially just said, “hold my beer.” The Cell Alpha, the first speaker from his new company, Syng, is priced at $1,800.

The company is led by Christopher Stringer, a 22-year veteran of Apple who left in 2017 to create a new type of audio experience. “There's a perception that people just don't care about audio anymore — it's so not true,” he told Wired’s Steven Levy. “Folks gravitate to wonderful experiences. The goal of Syng is to democratize sound and to blur the lines between creator and listener.”

Say what now? — That all sounds well and good, but $1,800 is a lot of money for a home speaker. For what it’s worth, Levy tested the Cell Alpha and reported it sounds “way better than two other well-regarded high-end speakers, and it made the $500 Sonos Five premium speaker sound like a transistor radio.” That’s quite a strong endorsement. And as he alluded to, you might not even need more than one Cell Alpha. Syng’s big innovation is that its speaker is the world’s first that’s supposed to fill a room using “triphonic” audio.

The basic idea is that three or more independent audio channels are used to achieve 3D audio that can replicate a live performance in your home. If you’ve ever experienced Apple’s spatial audio technology found in the AirPods Pro and Max, you know the idea — when you’re watching a movie, sounds will come from varying directions. The headphones track the position of your head so that even as you move your head, each isolated sound continues coming in from the same position in your space. It’s supposed to imitate the experience of sitting in a theater.

Stringer believes that in music, triphonic audio is the only standard that will come close to replicating the experience of actually being in a concert hall. “That had to happen,” says Stringer, “because we’re trying to establish the stable spatial standard that prevails. We think we have the only technology that fills the bill.”

Window into the future — Stringer demonstrated to WIRED how using the Cell Alpha’s mobile app, you could take a specially recorded version of a song, isolate each musician, and then move them to different parts of a room to make it sound as if the violinist is on your couch while the cello is near the kitchen door.

He believes that triphonic audio like that in the Cell Alpha could someday enable holographic concerts where you see video of a musician in front of you, and the sound created by the speaker blends naturally with the other ambient noise in your environment. That would be good for musicians and other artists trying to reach more people in their homes. “These people need tools like this to get to the next level of creativity,” he said. “We're hearing a lot about how there's just not enough space in stereo to do what they want.”

So yes, $1,800 for a speaker is a lot. But hey, for a true audiophile it might not be that crazy. Plus, you’re getting a window into the potential future of ambient sound, and from a veteran former Apple designer at that. Stringer says the Cell Alpha is just the first in a broader product line to come, so expect lower prices in the future. Syng is going to have to do that if it really wants to “democratize sound.”