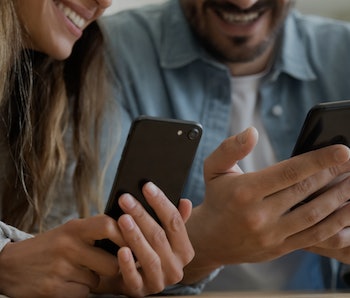 In July, Instagram users beta-testing iOS 14 noticed that their cameras were toggled on during casual use of the app. Though Facebook attributed the issue to a bug, New Jersey Instagram user Brittany Conditi is not taking any chances. Conditi filed suit against Facebook in a federal court in San Francisco on Thursday, according to Bloomberg.

Getting to the bottom of this — When media outlets started reporting on the privacy issue in July, Facebook and Apple couldn’t get their stories straight. Apple claimed the recording indicator light only comes on when an app is actively using an iPhone’s camera or microphone. Facebook attributed the light’s presence outside of Instagram’s camera pages in posts, Stories, and direct messages to a bug, stating “We do not access your camera in those instances, and no content is recorded.”

It’s equally likely that the issue was just a bug or Facebook is invading its users’ privacy (again), but thanks to Conditi, we won’t have to wonder. The complaint alleged that Instagram and its parent company Facebook were using the camera to obtain “lucrative and valuable data on its users that it would not otherwise have access to.” Should the case go to trial, Facebook will have to prove that it accessed the cameras in error instead of its vast user base taking its word for it.

Cameras and microphones in our devices are unsettling windows into our private lives, and their capacity to infringe on our personal space has been far more top of mind since Edward Snowden’s NSA leaks. Some of the biggest players in tech cover their cameras and microphones, most notably documented with Facebook’s own Mark Zuckerberg covering his webcam on his laptop back in 2016. How much Zuck protects his phone remains to be seen, but if he’s worried about surveillance — likely from competitors or the government — we have every right to be suspicious of his company’s products.