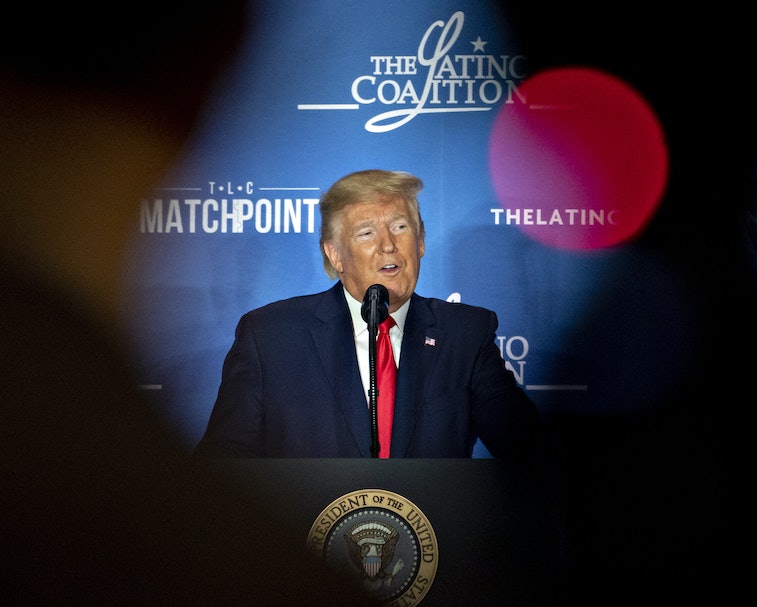 Facebook is yanking more than 1,000 ads from the Trump campaign that promote an online form titled "Official 2020 Congressional District Census" which looks eerily similar to the 2020 U.S. census. The move follows Facebook's announcement in December that it would be cracking down on census-related misinformation.

“There are policies in place to prevent confusion around the official U.S. census, and this is an example of those being enforced,” said Facebook representative Kevin McAlister in a statement to the Los Angeles Times.

Nothing shady here — The form is a lengthy questionnaire created by the Republican National Committee, which has also been sending it via snail mail inside envelopes that read, "Do Not Destroy. Official Document." If you only take a cursory glance at the form you can see it looks like a pretty official, bureaucratic document rather than a well-polished campaign mailer.

With the 2020 census set to kick off in less than a week, Democrats are worried that advertisements like these from the Trump campaign will mislead Americans into thinking they've completed the census when they actually haven't. Accurate census data tells the federal government, among other things, the size of the population in cities around the country and consequently how much funding they should be allocated. It's also used to determine the size of congressional districts.

Facebook's laissez-faire attitude — Facebook's new census policy that it announced in December bans, "misleading information about when and how to participate in the census and the consequences of participating." It also bans ads that, "portray census participation as useless or meaningless or advise people not to participate in the census." The Trump campaign has defended the the form, saying it includes labels clearly stating it's from the Republican Party.

Facebook has been more hands-off than other platforms in its approach to political ads, largely allowing politicians to say whatever they want without any fact-checking. In this case the company is making a rare exception and inaccurate census information will be removed even if it comes from a politician.

Facebook also says it will be fighting misinformation by, "sharing accurate, non-partisan information about how to participate in the census in consultation with the US Census Bureau."