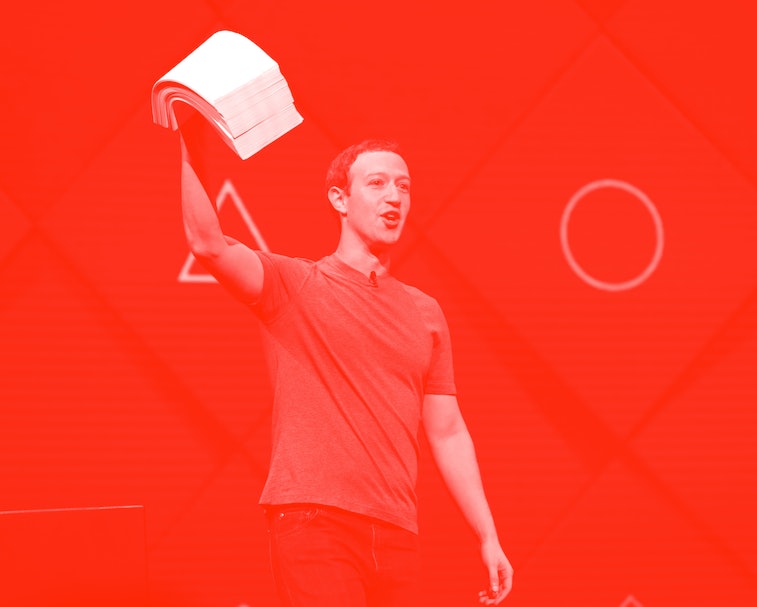 As pressure increases for major tech corporations over antitrust violations, it’s not surprising to see them begin turning on one another (more than usual) to offset their own scrutiny. In the latest example of a pot calling the kettle black, Facebook is publicly attempting to shame Apple for its long-standing practice of taking a 30 percent cut out of all App Store purchases, inferring that Zuckerberg and crew are simply trying to stand up for the little guy. Which is just rich.

Rules are rules, says Apple — In an exclusive statement to Reuters, a Facebook spokesperson claims Apple prevented the social media giant from directly informing its users that the latter would still take a sizable cut from all sales through Facebook’s new online events feature. The company says it rolled out the new addition to help influencers, brands, and other online businesses attempt to offset some of their losses incurred during the COVID-19 pandemic, with the intention of allowing all profits through that avenue going directly to creators.

After Apple rejected the request to waive its widely criticized 30 percent tax of anything offered through its App Store, however, Facebook then tried to include a message on the online event feature letting people know the Apple tribute applied even within the Facebook app — but apparently the iOS gods weren’t having any of that, either.

“Now more than ever, we should have the option to help people understand where money they intend for small businesses actually goes. Unfortunately, Apple rejected our transparency notice around their 30 percent tax but we are still working to make that information available inside the app experience,” Facebook told Reuters. Apple’s claim was that such information was “irrelevant” to users, something the company says it actively discourages. We’ll give you a moment to digest that one.

This still doesn’t absolve Facebook of anything — “Picking a side between Facebook and Apple” might be one of the shittiest choices a person has to face in the digital world right now. In this case, though, we’re gonna have to go with Facebook on this one, and you just know how much that pains us to say. That said, it bears mentioning that Facebook’s other big beef with Apple right now is over its new user privacy notifications that could get in the way of the social media app’s data tracking.

Facebook also apparently ignored posts calling for violence before the murders in Kenosha, Wisconsin, earlier this week. Oh, and they have a nasty little habit of promoting Holocaust denialism... so once again, this really is all just kind of a wash, isn’t it?