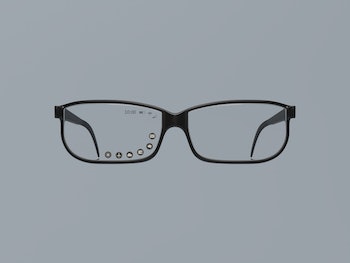 Facebook has said that it intends to enter the augmented reality space with a pair of smart glasses it’s developing with Ray-Ban. But a lot of questions surrounding the product remain, such as what functions it will offer — or how users will interact with what’s appearing in front of their eyes. Facebook’s Reality Labs team published a blog post on Tuesday exploring the latter, suggesting users may use haptic globe or wristbands as input devices.

Intuitive controls — No pair of AR glasses has thus far cracked the code on the perfect interaction method. Google Glass initially used a touchpad on the arms for swipe-based interactions; another, the North Focals, used a ring you’d wear on your finger and swipe at to navigate menus. Those are pretty clunky, however. Facebook thinks a “soft, lightweight haptic glove” might be a better solution. The glove could analyze electrochemical signals produced by the nervous system to recognize when you tap your fingers to, for instance, click a button.

Facebook released a concept video that shows what the interface for this type of solution might look like. It’s very theoretical, showing contextual menus that seemingly interpret what’s happening in the environment around you to present things you might want to do. In the first scene, a person riding in a kayak is presented with the option to snap a picture. Presumably, when the option appears you would just tap or click your fingers to select.

It’s not real, yet — While it certainly seems like a solution that requires less friction than rings or touchpads, Facebook admits that we’re not likely to see its first glasses using this technology. The company has said the first pair will arrive by the end of 2021, and Reality Labs in its blog post suggests that this type of smart sensing technology and haptic glove doesn’t even exist yet.

Many of the largest tech companies have been investing heavily in augmented reality as it has the potential to be the next major platform after the smartphone. The technology has come in fits and starts, however, as Google found when its Glass product was roundly criticized for being bulky and not very useful, to say little of the privacy concerns over the camera on the front of the glasses.

Computer chips and sensors have been getting smaller, however, and technology like head tracking has improved through implementations in virtual reality. It seems all but certain that augmented reality will go mainstream, it’s just a matter of when and what it will look like. Hopefully, the technology will at least not be used to scan and recognize strangers’ faces, as Facebook has suggested it might want to do with its glasses.

Augmented reality glasses could offer useful applications, like the ability to better understand concepts by seeing 3D representations in the space around you. Facebook has said its glasses could help people with hearing impairments by isolating and raising the volume of people speaking around them.