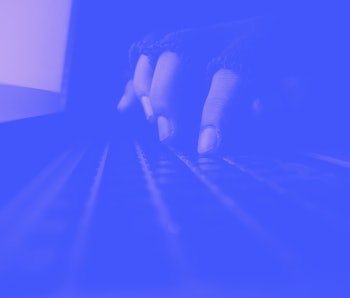 Facebook has filed a lawsuit against OneAudience, a data analytics firm that it says was collecting information about its users without permission, ZDNet reports.

The gist of the story is that OneAudience reportedly paid developers to install its software developer kit (SDK) in their apps, then used its access to collect data on users who had signed in with their Facebook accounts. That data included a user's name, email address, location, time zone, Facebook ID, and gender.

"After a user installed one of these apps on their device, the malicious SDK enabled OneAudience to collect information about the user from their device and their Facebook, Google, or Twitter accounts, in instances where the user logged into the app using those accounts," the complaint reads. The type of apps the SDK was installed in included shopping, gaming, and utility apps, according to ZDNet.

"This is the latest in our efforts to protect people and increase accountability of those who abuse the technology industry and users," Jessica Romero, Director of Platform Enforcement and Litigation, said today in a press release.

Facebook's reputation has been battered in recent years — Over privacy scandals in which user data has been mishandled by third-parties. Most famously, Facebook settled with the FTC for $5 billion after it was discovered that a college professor had used a personality quiz app to collect information on users and then sold it to Cambridge Analytica, a consulting firm that briefly worked on ad-targeting efforts for the Trump campaign.

As a result of that case and others like today's, the public has become deeply skeptical of "surveillance economy" companies that make money monetizing user data. It's nearly impossible for the average consumer to understand what they're consenting to or how their data will be used, and it doesn't help when Facebook itself can't even confidently say. By filing lawsuits, Facebook hopes to show developers and the public that it's watching for bad behavior.