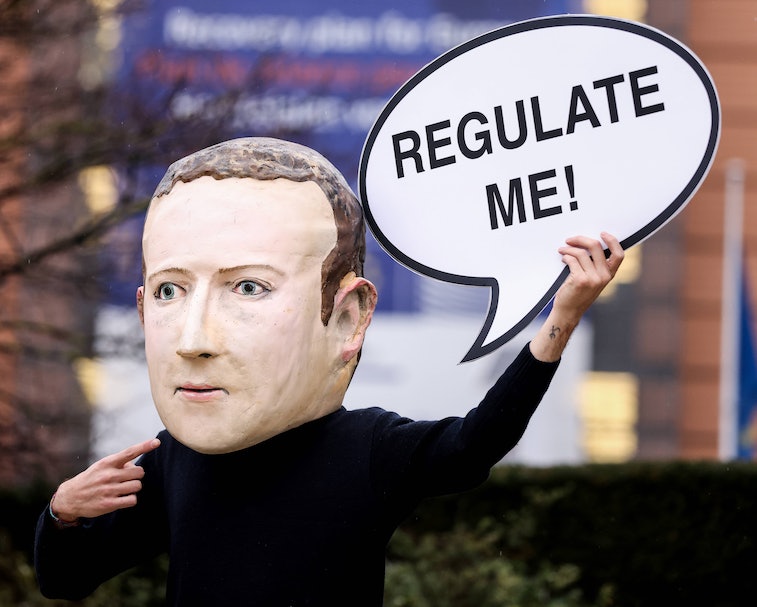 Facebook considered effectively open-sourcing some of its code in order to help jumpstart rival social networks, according to The Washington Post. The social network allegedly considered the move to ward off antitrust regulators investigating the company for maintaining its dominance by acquiring or, when that failed, copying competitors.

The Post says regulators didn't consider licensing out Facebook's code enough. Which makes sense considering that Facebook benefits from economies of scale and the lock-in users experience because it's hard to leave not just Facebook, but Instagram and WhatsApp, when their friends and family are also tethered to the service. Licensing the code for Instagram Stories to a new competitor likely wouldn't help it much, for instance, because everyone is, you know, already on Instagram.

Intense scrutiny — Facebook's acquisitions of Instagram and WhatsApp are being investigated by both the Federal Trade Commission and attorneys general from 48 states.

Some have argued the very fact the FTC approved those acquisitions at the time means that Facebook shouldn't be punished today. But others say that's no reason not to unravel the purchases now that Facebook is so large and has shown it can use its scale to hamstring competitors and reinforce its size. Also, there are others who argue the FTC shouldn't have approved the acquisitions in the first place, but did so because antitrust regulation isn't designed to contend with services that are ostensibly free.

Facebook has pointed to Snapchat, TikTok, and Twitter as proof of tough competition. But there's a case to be made that its clone of Snapchat Stories slowed growth of that company before it had a chance to expand abroad. And now Instagram has been tinkering with its own TikTok clone called Instagram Reels.

If nothing else, Facebook's proven adept at recognizing good ideas from smaller companies, throwing its engineers at copying it, and then firehosing the clone out to its nearly 3 billion monthly active users. That type of scale and lock-in creates a powerful self-reinforcing cycle for Facebook as more user engagement means it's hard for people to go elsewhere, and advertisers go where the eyeballs are. Especially as the pandemic has moved more spending online, Facebook and Google have benefited the most from new ad spending.

Platform power — The acquisition of Oculus is being probed in Germany as owners of the virtual reality headset are now required to authenticate with Facebook accounts. While virtual reality hasn't quite broken into the mainstream yet, Facebook hopes it will someday be a major computing platform akin to smartphones — so it bought the number one player in VR and has poured billions into it. That would give it the kind of platform power that Apple has to promote its own services and demand royalties from developers.

You don't want over-regulation that could harm innovation, sure, but allowing Facebook to run rampant isn't the answer either. Before 2009, banks were technically playing by the books thanks to years of deregulation, and we all know how that played out.