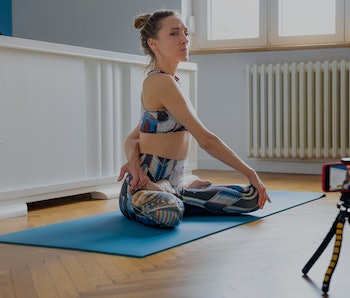 In a post on Facebook, CEO Mark Zuckerberg said that the company will wait until 2023 to begin charging creators fees when they make money on its platform. The social media company has recently introduced tools like paid online events and tipping in live streams to encourage more content to be shared on its properties instead of elsewhere, like YouTube.

“To help more creators make a living on our platforms, we're going to keep paid online events, fan subscriptions, badges, and our upcoming independent news products free for creators until 2023,” Zuckerberg wrote. “And when we do introduce a revenue share, it will be less than the 30% that Apple and others take.”

Creator economy — Because of Apple’s strict control over iOS and the App Store, any fees paid through the Facebook app incur an in-app purchase commission. Zuckerberg says that eventually, its payout interface for creators will indicate how much money they’ve lost to Apple’s fees.

Facebook and Apple have been in a contentious battle over the latter’s control of the iPhone, where it has limited the social network’s ability to track users for advertising purposes. Apple thinks tracking is a major privacy violation that hasn’t been sufficiently addressed by Facebook and others.

Fistfight — Facebook is primarily advertising-based, so its problems with Apple are more related to those privacy controls. But in-app commissions have proven low-hanging fruit for Facebook, which it has used to publicly shame Apple, showing small-time creators that the company is needlessly taking money from them despite making billions in profit annually.

Facebook tried to update the messaging on its live event feature letting people know that Apple would take a 30 percent cut of their proceeds. But Apple rejected the updated app over the disclosure.

Apple has argued that its app guidelines and the fees it charges are necessary to maintain an app marketplace that’s safe from malware and other dangerous content. That claim has been disputed, with some estimates suggesting the company makes billions in profit off revenue sharing which far outstrip the costs of maintaining the App Store. That could put it into antitrust trouble if it’s successfully argued that Apple is hurting competition and artificially raising prices.

Whatever you think of Facebook, there is a widely held belief that Apple has too much control over apps on iOS. It’s getting hard to argue it doesn’t.