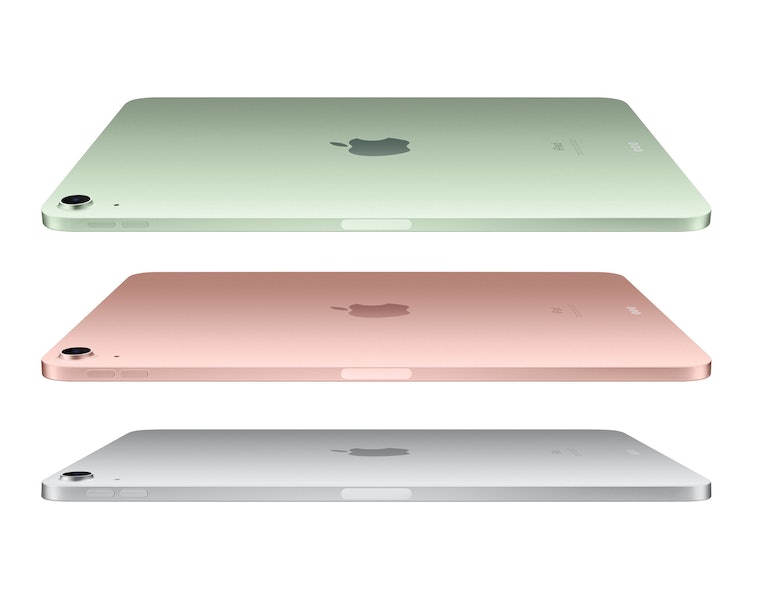 The 4th-generation iPad Air — which is being heralded as the more affordable alternative to iPad Pro — is available for pre-order starting today. The base model starts at $599 and includes 64GB of storage and Wi-Fi-only connectivity. The cellular-enable models start at $729.

Apple unveiled the tablet at its event in September, and if you place your order on this Friday, you will receive your tablet on October 23. It's a pretty sweet deal. But before you make that purchase, let's compare the iPad Pro and Air, so you know whether or not it's worth forking out extra for the Pro.

The primary differences — The biggest advantage of buying an iPad Air over an iPad Pro is that the design of the two is extremely similar, but the price difference is not insignificant. The Wi-Fi only, 11-inch iPad Pro starts at $799, while the Wi-Fi and cellular versions start at $949. Sure, you get double the base storage at 128GB, but for many people, the money might be better spent on an Apple Pencil, which both the Air and Pro support.

What Air and Pro have in common — When it comes to size, iPad Air is almost the same size as that of iPad Pro at 10.9 inches versus 11 inches, respectively. The new Air includes Apple's A14 chip, which is new than the Pro's A12Z, but not necessarily more potent. If you're planning to edit video on the go regularly you're better off with the Pro, but otherwise, for most use cases you likely won't notice the difference.

You'll be able to use a Magic Keyboard and a second-generation Apple Pencil with the Air just like you can with the Pro. On top of this, the iPad Air has its own laminated screen with an anti-reflective coating, Apple's "Liquid Retina" display, True Tone, a 12MP wide camera, smart high dynamic range, the ability to record videos at 24, 30, and 60 fps.

What the Pro has over Air — Aside from more storage and a wide range of storage options, the Pro's main advantage lies in its camera setup. It has an ultra-wide camera on the rear and portrait mode enabled on the front camera (finally). It's also more a multimedia powerhouse, with four speakers instead of two like the Air has. And, while Air does have Touch ID, the Pro gives you the option of Face ID too.

None of those are dealbreakers for us. But depending on your intended use case, they might be for you.

More like this
Jackson Chen
6.15.2022 3:54 PM
RIP Lightning
Apple switching its base iPad to USB-C makes perfect sense
Jackson Chen
6.14.2022 6:35 PM
Tech
Apple’s first MacBook Pro with an M2 chip will be available this week
Jackson Chen
1 hour ago
Tech
Everything we know about the AirPods Pro 2