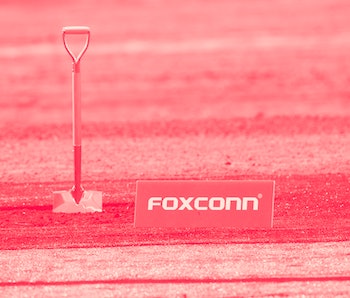 Taiwanese company Foxconn, the main manufacturer of Apple’s iPhones, is looking to expand its non-Chinese operations in countries like India, Mexico, and Vietnam to make up for the impact the novel coronavirus is having on its output. Reuters reports the company is also “cautiously” resuming production at some of its Chinese facilities, some of which have been shuttered since the beginning of the month.

Apple’s been managing expectations — Some of Foxconn’s Chinese factories were expected to reopen earlier this month, but that plan was put on hold. In the interim, Apple has already tried to manage expectations around the effect the closures are likely to have on iPhone production. Foxconn also makes phones for Huawei, but if Huawei’s expecting delays to its forthcoming hardware it hasn’t said anything publicly yet. We suspect that’s because there are plenty of more pressing things on Huawei’s plate.

The fallout goes well beyond Apple — Sony has pulled out of the PAX East event to limit its employees’ need to travel, and Mobile World Congress in Barcelona has been canceled completely due to coronavirus-related fears. Airbnb, meanwhile, has canceled all bookings in Beijing until March.

China’s loss could be good for rival manufacturing hubs that tend to get outshone by the powerhouse that is Shenzhen. But Chinese factory owners must be tearing their hair out.