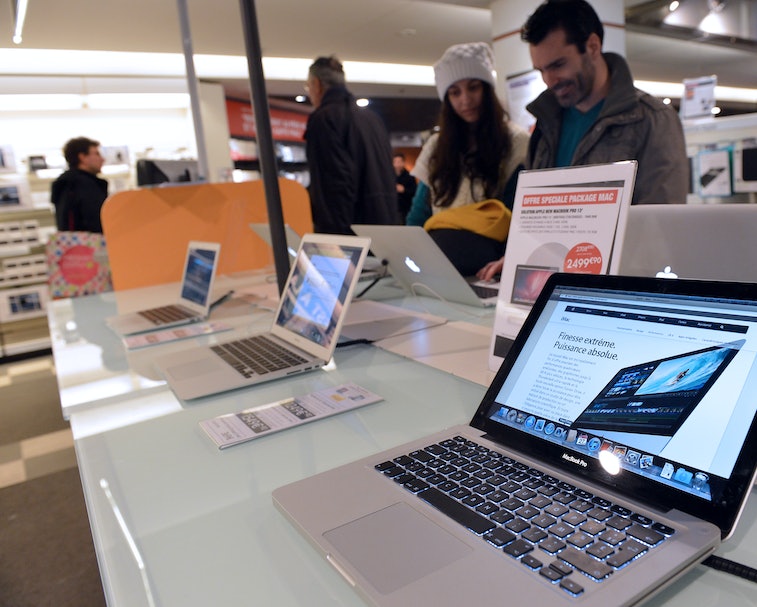 To comply with a new law that went into effect the beginning of the year in France, Apple has added "Repairability" scores to the products available on its French website. These ratings indicate a device's ease of disassembly and repairs, as well as the availability for replacement components and how-to manuals... and wouldn't you know it? The scores are pretty bad.

And the judges say... At first glance, the best Apple has to offer is a 7/10 rating for certain MacBooks. Other devices didn't fare quite as well. Let's dive into the embarrassment, shall we?

As reported over at The Verge, Apple's entire iPhone 12 line only mustered a measly 6/10, which is honestly a whole lot better than the device's previous iteration, which scored a respective 4.5 and 4.6. The 12 series earned that minor bump in rating due to the cheaper costs of the phones' spare parts, as well as them being easier to disassemble. As for the varying MacBooks, you can expect a repairability score of somewhere between 5.6 and 7. Totally worth the extra cash, right?

Long overdue, but still in its infancy — The new Repairability index came into effect as part of France's efforts to reduce electronic waste. According to one monitoring organization, the country only repaired around 40 percent of its devices when needed, often instead opting to simply toss 'em away and purchase new ones. France aims at raising that statistic to 60 percent by 2026, although fines for noncomplying businesses won't begin going into effect until next year.

Bodes well, at least in Europe — France's Repairability push comes alongside similar legislation across the European Union. Late last year, the EU began work on a large "Right to Repair" bill that aims to help consumers extend the lives of their electronics and other devices, with an eye to move the law forward later in 2021.

Meanwhile, here in the good ol' United States... well, you can probably guess how that's going, especially when Apple in America tends to destroy stacks of MacBook Pros for no good reason. About this time last year, the tech giant also made it incredibly difficult for small businesses looking to offer independent repairs. Oh, and then there's the whole thing about Apple reportedly killing its own SSD.... We should be taking some cues from the E.U., is what we're trying to say.