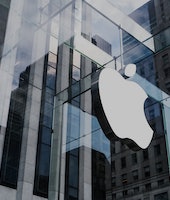 The fine Apple is now facing because of its battery-throttling practices.

According to an official press release from the French Competition and Fraud agency, DGCCRF, France has fined Apple €25 million ($27.3 million) for updating battery management for older iPhones.

Critics say that Apple artificially slowed the models down so that consumers had to buy new ones — a complaint that Apple has heard for years now. The company claimed it would disclose the change eventually but for now, it has accepted the fine.

Cone of shame for the website, too — In addition to the hefty fine, the French website for Apple has been required to immediately and prominently disclose the French watchdog's findings for the next month. In its press release, Apple states that the company "committed the offense of deceptive commercial practice by omission [...] by not revealing to consumers and users, the presence of a dynamic power management system included in the iOS updates." This was a clear violation of France's code of consumption.

Apple had it comin' — There's a French saying called "Comme on fait son lit, on se couche" that roughly translates to "you reap what you sow." Apple is well aware of the public's justified frustration with how it manages its older models. In 2017, the company even admitted that it slowed older iPhones down to supposedly protect older batteries.

International criticism — Apple's public explanation for slowing models down didn't exactly satisfy critics. Over the years, there have been 30 lawsuits against Apple in the United States alone, alleging that the company deliberately slowed iPhones down. In addition to France, countries like South Korea and China too have demanded probes into Apple for its power management tactics.