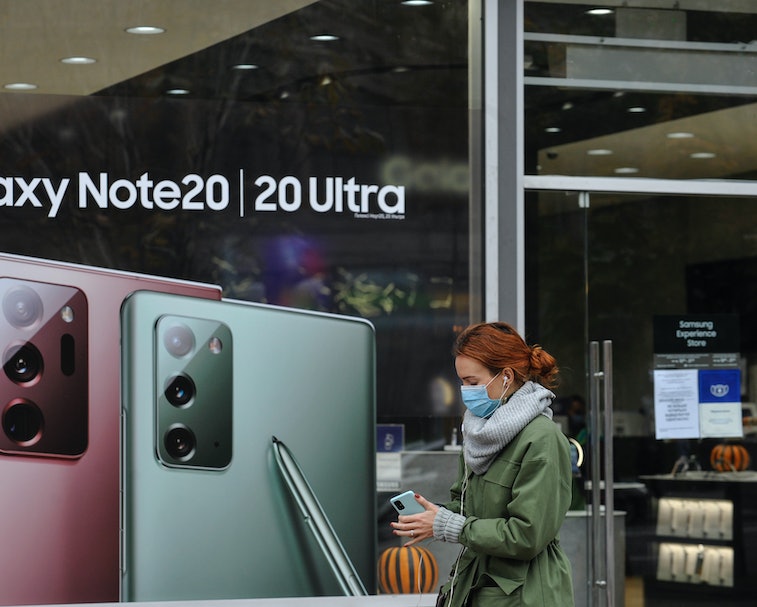 The next version of Samsung’s Galaxy Buds is set to add a three-dimensional spatial audio feature to rival a similar offering available in Apple’s AirPod Pro and AirPod Max headphones. The Galaxy Buds Pro — not to be confused with the Buds+ — leaked in Samsung’s Galaxy Store this week, as spotted by Reddit user gamer0mega.

The Buds Pro will bring back the in-ear design originated by the original Galaxy Buds and later used again for the Buds+. They have a soft tip that sticks into your ear, unlike the recent Buds Live’s bean-like design. Renders from the leak have revealed three color options: metallic black, metallic white, and metallic lavender.

Besides their stunning aesthetic makeover, the Buds Pro will continue to add features meant to one-up the offerings of Apple’s top-end offerings in its AirPods lineup, including improved active noise cancellation (ANC) and a new spacial sound feature.

Coming for Apple’s crown — Since their introduction in 2016, Apple’s AirPods have been the wireless earbuds to beat. In classic Apple style, they’re hugely functional and have phenomenal proprietary support. Last year’s AirPods Pro only served to further the line's legacy with the addition of active noise cancellation, even better battery life, and spatial audio.

Samsung’s Galaxy Buds line already has Apple beat in some regards; battery life on the Buds+, for example, far exceeds that of the AirPods. In other areas, though, the Galaxy Buds have struggled to compete — the Buds Live have active noise cancellation, for example, but it isn’t anything to write home about.

Based on this leak, it appears the Buds Pro will try to complete the circle. The use of in-ear tips should buff up the Buds Pro’s ANC, and they’ll add a 3D audio feature much like Apple’s to the mix, too. Of course, Apple needn't be worried, because even with these new features, Samsung's rival product won't be able to achieve the sort of slick integration AirPods enjoy with iPhones, iPads, and Macs. That's something no amount of engineering or aesthetic improvements can change.

Android users' first pick — Samsung isn’t simply looking to match the AirPods Pro battery life and feature — it’s going a few steps further in an attempt to overtake Apple’s headphone supremacy. For Android users, the new Buds could become the best in class if they live up to Samsung's ambitions.

For example, the Buds Pro will have an automatic conversation-detector tool — allowing the headphones to turn their own volume down when a conversation is detected nearby. The Buds Pro will also allow users to change the volume on each earbud individually, which could be game-changing for those with hearing-related disabilities.