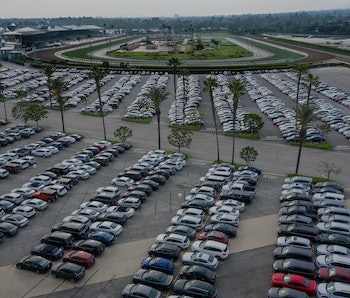 It's possible that sales of gasoline-powered cars peaked back in 2017, according to Bloomberg's annual "Electric Vehicle Outlook" report. Its latest forecast on electric vehicle sales finds that by 2040 more than half of all passenger vehicles sold will be electric.

There are different ways to look at this report. You're either going to be excited by the trendlines showing that an all-electric future is inevitable, or you'll be disappointed by the slow pace at which that future is coming. Bloomberg expects CO2 emissions to rise through 2033.

America needs renewed efforts in renewables — What's perhaps most disheartening is the report's finding that the United States is going to fall significantly behind Europe and China in terms of EV sales due to weakening policy support like tax credits. This chart should give you an idea:

What's clearer than ever is that the United States needs a President and Congress that will enact tough policies in support of renewable energies. The automakers will move with regulation, as we've seen in the U.K. where electric vehicles now make up 34 percent of the market thanks to active support from the British government.

We've already learned that the United States is predicted to produce more electricity from renewable sources than from coal this year. That's clean energy that defies the dated argument that electric vehicles rely on dirty energy just like gas cars (they don't). The domino effect could be powerful with a good push from the government on both automakers and the energy sector.

It's also possible that Tesla's new "million-mile battery" will help juice adoption. CEO Elon Musk hopes the innovations in the new battery will finally bring his cars into price parity with gas vehicles. Unfortunately, even though Trump seems to be a fan of Tesla CEO Elon Musk, he's an even bigger fan of the fossil fuel industry. Here's to hoping the upcoming elections can turn these trends around.