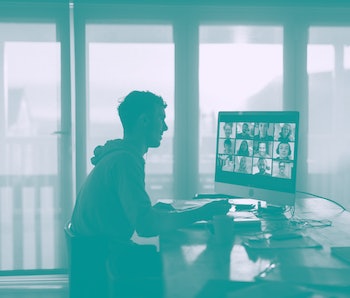 Google is adding a sneaky link to its own video-calling app when users mention Zoom in Google’s Android Messages, reports TheDigitalHacker. A user noticed that, when inviting someone to join a Zoom call, the message inserted a link to start a Google Duo call instead. The user has confirmed that they did have the Zoom app installed on their phone at the time.

Zoom’s user base has grown exponentially since the outset of the COVID-19 pandemic — last week the company reported a staggering 300 million users. Google says over 10 million people have been signing up for Duo every week, but that growth apparently isn’t enough to satisfy the tech giant.

Google, like just about everyone else these days, is hoping to capitalize upon the life-altering changes the novel coronavirus has wrought upon the world. But Google already owns such a massive share of the world’s technology that it’s difficult to sympathize with the company’s decision to steal Zoom’s business from under its nose.

Duo is improving — Before the sketchy linking situation, Google had already taken note of the uptick in video activity. In an effort to capitalize upon that increase, Google has been dedicating more resources than usual to updating Duo.

Just last week, Duo began rolling out the use of a new audio codec technology called AV1 that’s meant to significantly improve the quality of video calls, especially in low-bandwidth situations. Duo has always marketed itself as usable anywhere at any time, but AV1 will make that usability feel much more 2020.

Google also added a few other features to Duo last week, including raising the limit on group calls from eight to 12 people. You can now take cute photos together with a simple click, though that feature is currently limited to some devices and a max of two callers.

Take on Zoom without the stealth — It’s obvious that Google feels threatened by Zoom’s recent success — who wouldn’t? — but the decision to redirect Android users to Google’s own video-calling app is just dishonest. The strategy isn’t even likely to succeed; if you’re being invited to a Zoom meeting, clicking on a Duo link would just be an annoyance.

A better strategy would be to capitalize upon the outpouring of privacy concerns against Zoom. Google Duo is and always has been entirely end-to-end encrypted, whereas Zoom is not. Zoom even lied about its encryption standards for a long time before admitting it as a falsehood. Security concerns have been so high against Zoom that some government agencies have banned its use entirely.

Everyone wants what Zoom has right now. Facebook and Microsoft have both added their own Zoom-esque features in an attempt to keep up with the company. Google is the only company we’ve seen fight this dirty. That strategy is likely to turn customers away, rather than reel them back in.