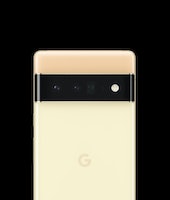 The date of Google's Pixel 6 and Pixel 6 Pro announcement livestream.

Set your alarms, Pixel patrons: Google has set the date for the official public unveiling of its flagship Pixel 6 and Pixel 6 Pro smartphones. At 1 p.m. ET / 10 a.m. PT on October 19, the world will meet the latest “ultra high end” edition of Google’s smartphone. Those interested can add the event to their calendars via Google’s official launch site, which also features a nifty little mood music layout.

The Pixel 6 line will be the company’s first to feature its in-house Tensor sensor-on-a-chip (SoC), and all signs so far point towards the leaks from earlier this year as being accurate predictors for what to expect — which is to say, we are very interested in what they have to offer. After a few years of apparently conceding the premium smartphone war to Apple and Samsung, it seems like Google is ready to take on the competition when it comes to both form and function.

Pre-orders are rumored to begin on the same day as the announcement, with the phones expected to ship by the end of the month.

A price point to match — It should probably come as no surprise that Google’s major Pixel upgrades will come with an equivalent price tag. Insider sources indicate customers will be looking at iPhone 13 Pro-comparable prices for the Pixel 6 Pro, around $1,044. The lower-tier Pixel 6, however, should be dropping at about $750, providing a (slightly) more economic alternative.

Three models are likely to be available at launch with 128GB, 256GB, and 516GB of storage, with the Pixel 6 Pro packing 12GB of RAM, double that of the regular Pixel 6. The Pixel 6 Pro model is rumored to use Samsung’s LTPO panel with a 120Hz refresh rate, too. We’ll know all the nitty-gritty details for sure soon enough.