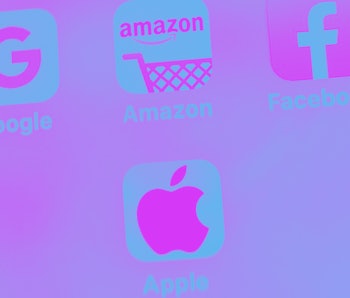 Google, Amazon, Apple, and other companies are teaming up to create a universal smart home standard. The trio, working with a new working group managed by the Zigbee Alliance, has created Project Connected Home over IP with the goal to develop a new, open smart home connectivity standard based on Internet Protocol (IP).

The partnership with Zigbee Alliance, a bearer of high-level communication protocol, will also include the contribution of other companies such as Samsung’s SmartThings, IKEA and Philips Lighting.

Give me the details — Smart home systems from each tech giant – Amazon’s Alexa, Google’s Weave and Apple’s Homekit — will be incorporated into the new standard. It’s anticipated to work succinctly across various networks that include Wi-Fi, cellular and Bluetooth Low Energy. The first release is slated for “late 2020.”

No concrete details have surfaced yet on what the full functions of this new standard will look like. According to CNBC, the group plans to initially focus on physical safety devices ranging from smoke alarms to security systems before broadening into commercial solutions and other devices.

The logical step — Smart home devices are becoming more common in households. According to a forecast from IDC on worldwide smart home devices, the market is expected to grow 23.5% year over year in 2019 to nearly 815 million device shipments. Worldwide shipments are forecast to be more than 1.39 billion in 2023.

Consumers for the win — The competitive landscape of smart home devices is mellowing out – and thankfully, so is the confusion for consumers. This latest initiative means the days of wondering whether or not a device is compatible with your smart home setup are dwindling. No more stressful configurations.

Google says, “developers and consumers will benefit” alike from the new partnership. “For developers, it simplifies product development and reduces costs by giving them one standard for building their products.”

And, Google says consumers will be able to choose how to control their homes no matter the smart device of their choosing. “Smart home devices will be compatible with various platforms, so you can choose between Google Assistant, Amazon Alexa, Apple Siri or other platforms,” said Google in a statement.

Now, how’s that for a collaboration.