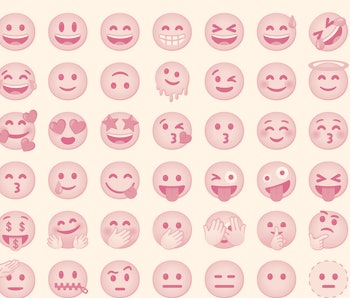 Google is introducing emoji reactions to Google Docs, the company announced on Wednesday, which is an important development for fans of beans, and a possible hint at the next feature that could be sweeping through your productivity apps of choice.

Emoji picker — Google’s implementation of emojis is very straightforward. Soon, when you select text or images in a Google Doc, you’ll have the option to not only comment or suggest an edit, but also react with an emoji.

A GIF the company shared alongside its announcement gives a pretty good idea of how they feature will work.

The catalogue of emoji is entirely searchable, with customizable preferences that work across Google Workspace apps, making it super easy to leave all sorts of arcane reactions on your friends, coworkers, or classmates’ docs. What does a bean emoji mean in the context of a history paper? Your guess is as good as mine!

The “stories” of boring software — Google updates Docs at a fairly consistent clip, so unexpected new features — be they style suggestions or Markdown support — aren’t uncommon. But my first reaction to emoji reactions was just the tiniest bit of dread. Not because I dislike having a light way of commenting on someone’s work (lord knows I abuse the “prayer hands” emoji) but because seeing emoji reactions in productivity software reminds me a lot seeing “stories” in LinkedIn.

The “Stories” video format — short clips you tap through that occasionally have ads in between — was popularized by Snapchat and copied by Instagram, before it started showing up in a lot of places nobody wanted them. Namely Twitter, as Fleets, and LinkedIn, as LinkedIn Stories. The fact that neither Twitter nor LinkedIn support the format anymore give a pretty good indication how well they went over.

Does that really make sense for Google Docs?

Stories as a feature are fine, but they have to fit into a platform and the behaviors it encourages. Emoji reactions, up until this point, have only prominently been featured in messaging apps like iMessage, Facebook Messenger, and in the closest work-related version I can think of, Slack. All communication platforms where a certain amount of casual miscommunication is expected and even encouraged. Does that really make sense in Google Docs? I’m not so sure.

Google’s vision for Docs and Google Workspace is a lot bigger than just being an alternative to Microsoft Office. It’s positioning itself as an all-in-one, fluid, productivity platform. I wouldn’t be surprised if other productivity apps follow it’s lead in trying to encompass all of work life. And that might mean less useful, extraneous features like emoji reactions are part of the deal.