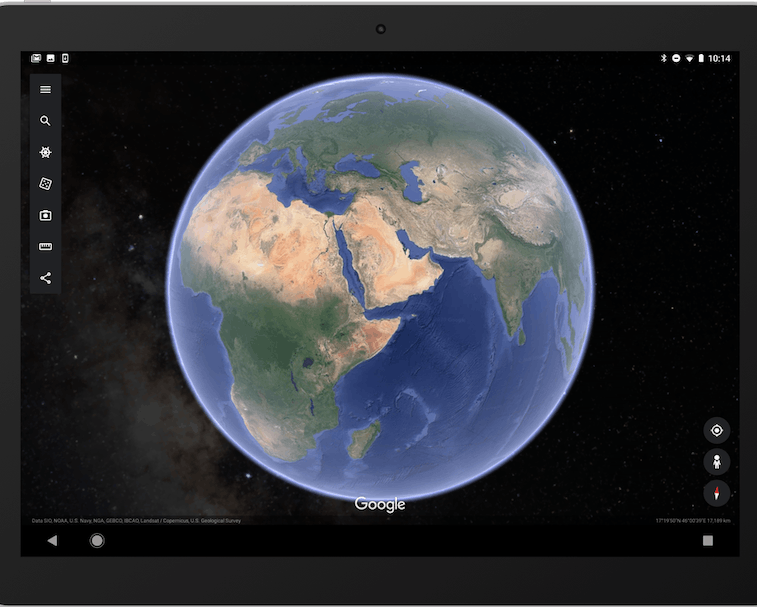 Google Earth just got much more realistic on mobile. Before this, only Pro and web users could see the galaxy beyond our globe but with the new update, the rest of us can see the stars through the Google Earth app, too. Just make sure you have the updated version of the app for your OS.

Google's software engineer Jonathan Cohen wrote in a recent company post that Google Earth will now give its viewers more detailed depictions of the skies above, be it clouds or stars. The idea is to get a lot more animated, a lot more intricate. It's a visual update anyone can appreciate.

I wanted to see this update for myself so I decided to give it a go on my phone. Several taps zooming out later and I found myself with the cosmos right in my palm. I gave the globe several spins and ended up in another expansive part of the galaxy. So, if you're in the mood for some idle stargazing and don't want to beg NASA to launch you in the sky, Google Earth is the place to be.

Outer space on your phone — In the blog post, Cohen explained how Google Earth looks now. "As smartphones and tablets have become more powerful, we’ve been able to bring the quality of Earth’s web and Pro versions to most smartphones," Cohen wrote.

"You can now see a view of the stars as you zoom out from Earth on your phone," he added. "Rotate the globe and you’ll see images of the beautiful Milky Way, collected from the European Southern Observatory, depicting the stars as they’d appear to a space explorer at a point some 30,000 miles above the planet."