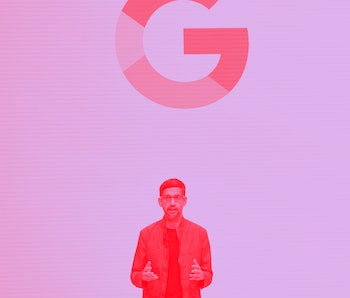 Criticism over Google's competitive practices won't be slowing down anytime soon. On Thursday, the United States International Trade Commission revealed a Sonos lawsuit against Google and its parent company Alphabet.

The case arrives after Sonos alleged patent infringement against Google while also calling for a ban on sales of some of its audio products. According to the lawsuit, the case involves "certain audio players and controllers, components thereof, and products containing the same." The legal probe will have to wrap up in 45 days.

Google isn't having it — According to CNBC, a Google representative defended the company and stated, "Sonos has made misleading statements about our history of working together."

"Our technology and devices were designed independently," they added. "We deny their claims vigorously, and will be defending against them."

Not just petty beef — Sonos isn't the only company pointing its finger at Google. The House Antitrust Subcommittee, the Department of Justice, and a whole pack of state attorneys general are circling the tech giant over possible violations of competitive practices. Plus, smaller companies like Tile and PopSockets have gone to Capitol Hill to raise concerns about antitrust issues when it comes to Google.

At first glance, these lawsuits may sound like petty beef and nothing more. But when you look closer, it's a cutthroat and near existential fight for transparency, accountability, and the end of Big Tech's monopoly on the marketplace. No one can say for sure if these small startups will ultimately win this battle but it's clear that they won't throw in the towel anytime soon.