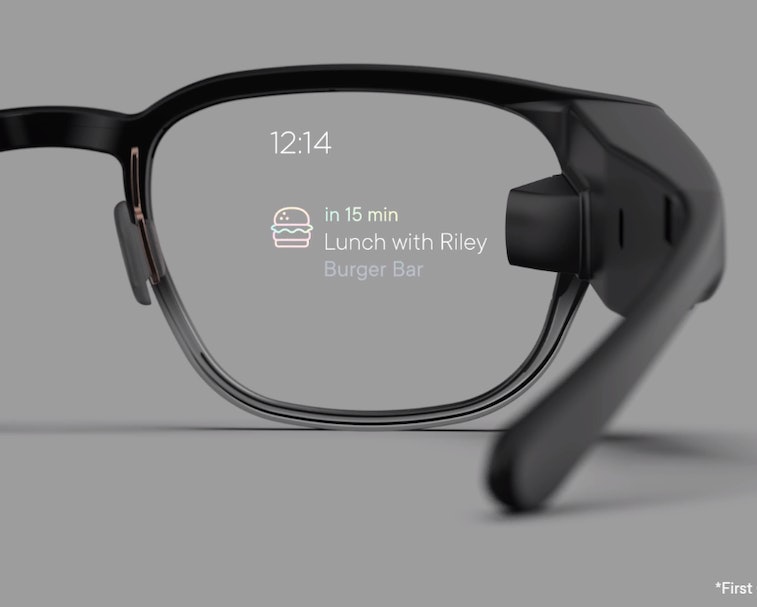 Google announced today that it has acquired North, a company that made AR glasses that pair with a wearer's phone to display notifications and provide directions. Google says North's expertise will help the company invest in an "ambient computing future" in which helpful technology fades into the background. It's unclear how much Google paid but some reports have said it was expected to buy North for $180 million.

As a consequence of the acquisition, North will soon shut down the functionality of its Focals 1.0 glasses, meaning anyone who spent up to $1,000 on a first-gen pair will soon be unable to use them. Fortunately North appears to be issuing refunds.

Overpriced and underwhelming – The Focals 1.0 were priced at $1,000 when they launched last year but were dropped to $599 within months. Like Google Glass, the Focals use a laser in the arm of the frame to project images onto the lenses. They didn't do all that much considering the steep price though, and people said the Focals were too geared towards men. In a letter reportedly delivered to North leadership, employees complained that "the lengthening effects of just mascara made the display difficult for women to see." The Focals were also clunky — wearers controlled them using a ring on their finger.

Back in December, North discontinued the 1.0s in order to focus on a second-generation pair. The company says it won't be making those after all.

Hardware is hard — After giving up on its own consumer smart glasses because they were ugly and invasive, Google has continued to develop and sell Glass to enterprise customers, who use it for things like displaying mission-critical information to workers on a construction site. The company could potentially put North's team on that product. North, previously known as Thalmic Labs, has also developed some technology for controlling software using arm gestures that could be useful across various Google divisions, like Android where hand gestures can be used to interact with a phone.

North had interesting ideas, but hardware is a tough business and it didn't have the type of financial resources to keep going long enough to find a hit. Reports say it may have only ever sold 1,000 units of the Focals before it ran out of cash and was forced to find a buyer. Google may be able to find a bunch of different ways to use its expertise that justify the purchase. And who knows, maybe in time the technology will mature to the point that Google will try consumer smart glasses again.

Apple is believed to still be working on AR glasses too, and Google will want an answer to that if glasses become the next big computing platform.

"From 10 blue links on a PC, to Maps on your mobile phone, to Google Nest Hub sharing a recipe in the kitchen, Google has always strived to be helpful to people in their daily lives," the company said in its announcement. "We’re building towards a future where helpfulness is all around you, where all your devices just work together and technology fades into the background. We're excited to have North join us in our broader efforts to build helpful devices and services"