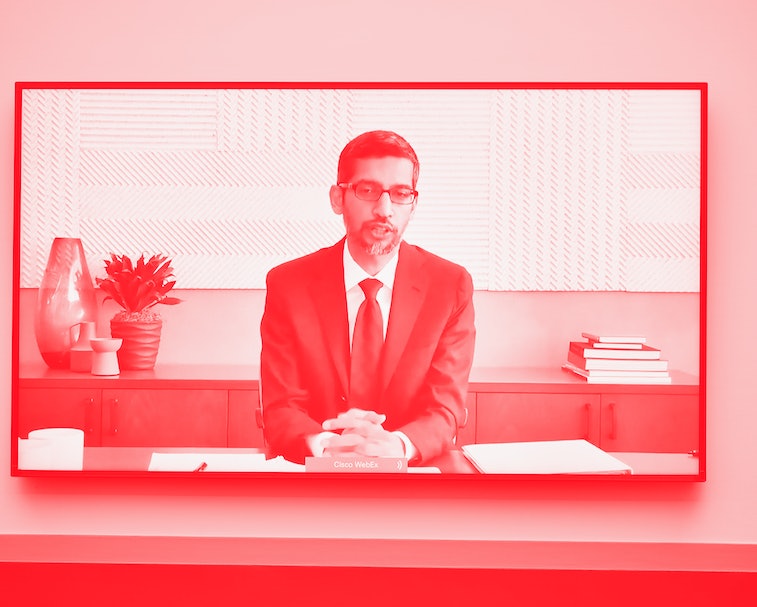 It might be hard to believe this, but Google's parent company Alphabet said today it saw its revenue decline for the first time in the company's 22-year history. The decline in the past three months was largely due to businesses cutting advertising spend because of the coronavirus pandemic. Total revenue for the past three months was $38.3 billion, representing a 2 percent decline from the same period in 2019.

That's not a huge loss, but it contradicts the popular thinking that tech as a whole is killing it during the pandemic. Some businesses are doing incredibly well, like Amazon which just reported that its revenue was up by a whopping 40 percent to $88.9 billion. But whereas Amazon makes most of its money from selling physical goods and cloud storage, Google's main business is advertising — pretty much the first line item businesses curbed spending on to conserve funds.

“We continue to navigate through a difficult global environment,” Alphabet's CFO Ruth Porat said in a statement announcing the earnings.

Search remains by far the biggest business, however, accounting for $21.3 billion this quarter, down from $23.6 billion last year. For context, back in the same period a year ago, search ad revenue grew by 16 percent.

Search ads are on the decline — The company needs to expand beyond search advertising because investors value Google based on its ability to continuously grow, and search is definitely not doing that. Cost-per-click, or how much advertisers pay each time someone clicks an ad, has been on a particularly steep decline over the years. Google continues shoving more advertisements into search results wherever it can find real estate, and at the same time the quality of the ads themselves is often bad. Advertisements on YouTube are much more valuable, and Google has been courting major brands to transfer their lucractive TV ad spending there.

Revenue from its experimental "Other Bets" projects, like the Waymo self-driving car business, fell, though it's never been large — revenue this quarter was $148 million, down from $162 million last year. Overall the Other Bets category lost a large $1.12 billion, more than the company would like.

Porat is optimistic that the situation is slowly improving as people go back to work around the globe. Despite the earnings decline and ongoing antitrust investigations in the U.S. and Europe, Google's stock isn't hurting too bad. The company has managed to avoid layoffs in favor of slowing down hiring.