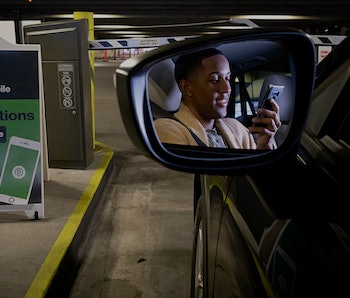 Google Maps is getting even more useful now that Google is adding Passport and ParkMobile to its suite of features. This means that the company is integrating new kinds of payment systems that should make commuting a little less hellish.

The features go live for Android users first and will reach iOS users in the near future. Both Passport and ParkMobile allow users to find the ideal parking spot and pay for it within the app. This kind of contactless payment system has taken off during the pandemic as concerns about surface-to-surface payments have increased.

At the moment, the payment option for parking spots is live for New York, Washington, D.C., Los Angeles, Houston, Boston, and about 400 other U.S. cities. With public transit, users can either rely on the app as a tap-to-pay option or simply show their app to the conductor as proof of payment. Google also says that the feature will soon work for more than 80 transit systems around the world.

Background — Google Maps already gives users an estimate of how much using a ride-sharing app like Lyft and Uber will cost them, and it offers approximations of how crowded a rider's transit route will be. These new additions will likely only further entrench it as the defacto navigation app for many U.S. consumers. It's also a reminder of how difficult it is for newcomers to compete with the search and advertising giant — even Apple, with its bottomless pockets and software-making smarts has struggled to make its own mapping service a genuine rival service.

Ease encourages use — A brief glance at the newly released Passport shows just how easy it is to use... which means you're likely to become pretty dependent on it pretty rapidly if you do. All you need to do is download the app, find your particular zone based on parking signs, pay for your parking session, and receive updates on how much time is left in your session while you're out. ParkMobile is equally straightforward and almost identical.

What remains curiously absent from discussions about the algorithms used to streamline public commute is whether Google — or Lyft and Uber, for that matter — is working in cooperation with public transit agencies by using their data or attempting to outdo them in a bid to privatize transport information. If it's the latter, we all should be worried, because once the Big Tech owns how we get around, finding alternatives might prove impossible, especially if public transport operators are priced out of the market, or left running underutilized services.