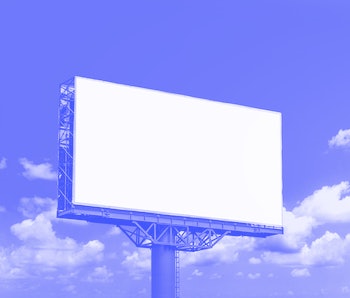 Google will now require all advertisers to verify their identity before running ads on the company’s platforms. The company made the announcement today via an official blog post. The verification process is similar to the one Google has required from political advertisers since 2018.

The expanded verification program is meant to increase transparency around who is paying for those ads that populate our Google searches, as well as the advertiser’s country of origin. Google says it wants to “equip users with more information.”

Verifying advertisers will begin promptly in the United States before rolling out globally thereafter.

By choosing to expand its advertiser verification program, Google is showing a commitment to curbing misinformation that might be spread in ads — a commitment that will ultimately improve user safety and wellbeing. It’s a move other platforms would do well to emulate.

Who is paying for your attention? — Google users (read: most of the world) are intimately familiar with the search engine’s ads. They often show up at the top of a search disguised as plain old search results — so much so that Google has had to experiment with different placement and labeling ideas to better distinguish them.

With how inescapable Google’s ads have become, users just want to know who’s paying for them. If it’s possible to pay for any information to be presented at the top of a Google search, we want to be armed with the knowledge that allows us to judge the veracity of, or likely bias in, those ads.

"This change will make it easier for people to understand who the advertiser is behind the ads they see from Google and help them make more informed decisions when using our advertising controls. It will also help support the health of the digital advertising ecosystem by detecting bad actors and limiting their attempts to misrepresent themselves," Google's director of product management for ads Integrity, Jon Canfield, says.

Building a better ad platform — As one of the leading ad platforms in the world, Google knows everyone is keeping a close eye on any changes it makes to its advertising structure. The changes it does make may also have ramifications for the likes of Facebook and Twitter.

Google has required political advertisers to verify their identities since 2018; the expansion of that program to all advertisers just makes sense. It’s 2020 now, and our tolerance for fake ads is below zero.

Will others follow suit? — We can only hope so. The internet is an invaluable source of information, but all too often that information is mixed with misinformation, disinformation and outright lies. Facebook is rolling out a similar transparency effort, albeit with less public-facing information. That transparency is limited to Pages and Instagram accounts — only political advertisers are required to actually verify their identities on Facebook.

As of now, Twitter does not require advertiser verification for transparency purposes. But it also placed a moratorium on political ads in the U.S. for the current election cycle.

Internet advertising is facing more scrutiny with each passing day, and for good reason: if you can pay for information to be promoted to a large user base, those users deserve to know who is behind the money. Otherwise, the views backed by the deepest pockets win every time.