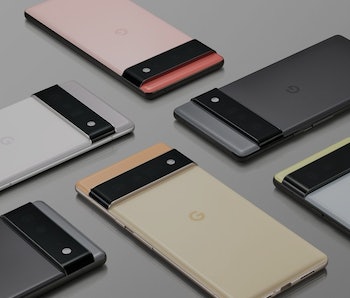 With both Apple and Samsung flagships announced and out in the wild for 2021, it’s all about Google now. The Pixel 6 and Pixel 6 Pro are just days away from being announced on October 19, ushering a new era of Pixel design and in-house silicon.

The latest leak comes from popular leakster and YouTuber M. Brandon Lee (who hosts the channel This is Tech Today) but doesn’t focus on the phones’ specs. Instead, the leak is about Pixel Pass; it’s reportedly Google’s latest business model to attract customers to its flagship handset.

What is Pixel Pass?

According to a leaked document, “Pixel Pass is a monthly subscription that addresses users’ mobile needs end-to-end.” This corporate cryptogram means it’s a one-stop-shop that bundles your phone and other services into one payment. Jargon aside Pixel Pass could make it easier to keep track of everything Pixel and Google-related.

What are the perks of Pixel Pass?

According to the leaked document, Pixel Pass offers three substantial perks. The main one is that by subscribing, you will be entitled to “regular upgrades.” That mostly likely means you’ll be able to trade in your Pixel for a new Pixel every year. While you’ll never own the phone and continue paying the same amount indefinitely, it’s not a bad deal if you’re the type of person that wants the latest gadget. It beats paying for it outright.

The second perk is that Pixel Pass reportedly bundles four Google services into the plan. You’ll get the choice between YouTube Premium or YouTube Music, and Google One, Play Pass, and Google Fi.

Finally, as a Pixel Pass holder, your phone will have an extended warranty service either through Preferred Care from the Google Store or Device Protection from Google Fi. Either will ensure your phone doesn’t become a permanent drawer item in case of any accidents.

Is Pixel Pass similar to Apple One?

This is a natural comparison and an apt one. Apple One has been around since last year and does a very similar thing by bundling together Apple’s growing list of services. The available services and cost of the plan vary by tier. The most affordable Individual tier costs $15/month and bundles Apple Music, Apple TV+, Apple Arcade, and iCloud+ with 50GB of storage for one person. The Family plan includes the same services for a total of six people (including the plan holder) and costs $20/month. The $30/month Premier plan is also for six people and adds Apple News+ and Apple Fitness+.

While Pixel Pass and Apple One share some similarities, the former also bundles more than just services, according to the leak. Unlike Pixel Pass, Apple’s iPhone Upgrade Program and AppleCare+ are not part of the same bundle and are sold as separate services. Pixel Pass will reportedly do all three.

How do I get Pixel Pass?

According to the leak, to get Pixel Pass, you’ll have to purchase the phone either through the Google Store or Google Fi, which is Google’s wireless carrier service. When you buy the phone online via either store, you’ll have to select the Pixel Pass plan.

Do I have to finance my Pixel for Pixel Pass?

If buying the phone from Google Fi, the answer is no. However, the Google Store handles things differently, and you will have to apply for financing. If approved, according to the leak, you’ll be able to move forward with purchasing. You will not be able to purchase a Pixel Pass if you’re not approved, unfortunately.

Will I have to change my wireless carrier?

The reported inclusion of Google Fi doesn’t necessarily mean you’ll have to leave your wireless carrier. Since you can also purchase an unlocked device from the Google Store, you should be able to continue with your current carrier. However, the option for Google Fi is there, and the bundling may provide a discount.

How much will Pixel Pass cost?

While the leak covers the basics of the rumored service plan, price is one of the missing details. Typically, though, this type of plan will vary depending on the phone you buy. Assuming this plan works like other similar ones, more expensive phones, such as the Pixel 6 Pro will drive the plan’s price higher, while the more affordable Pixel 5a should offer the most affordable package. However, since Pixel Pass allegedly bundles the phone’s payment, as well as services and protection, it’s unlikely to be cheap.

What if I already have one of the services?

If you’re tied to the Google ecosystem, as many of us are, there reportedly will be an extra hoop to jump through. Current subscribers of any of the bundled services will be redirected, according to the leaked document. Likely, this means that customer service will do something on the backend to smooth things out and integrate the current subscription to the bundle. Hopefully, the added step isn’t too much of a hassle. But it’s in Google’s interest to make it as seamless an experience as possible.

When will Pixel Pass be available?

Assuming everything is ready to go, Pixel Pass could launch alongside the Pixel 6. But, that’s just speculation. We should know more when the Pixel 6 is officially unveiled on October 19.