Google Play developers have raked in over $80 billion since launch 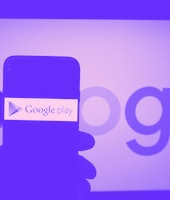 Developers in Google’s Play Store have earned over $80 billion since its launch in 2012. That news comes from Hiroshi Lockheimer, the senior vice president who oversees Google’s platforms including Android and Chrome.

Both Apple and Google take 30 percent of sales so these numbers aren’t totally reflective of payouts. For subscriptions, Apple takes 30 percent of the price in the first year and 15 percent in every year after; Google just takes 15 percent.

The number is impressive, but... — Apple announced last month that developers in its App Store have earned more than $155 billion since 2008, including about $50 billion in 2019 alone (though this growth is slowing quickly). iOS has long been considered a more lucrative opportunity for developers because the demographic skews more affluent.

According to some reports, Android holds about 74 percent of the global smartphone market, which is even more telling of how little consumers spend on Android. Google’s Play Store revenue excludes China, where Google services aren’t available.

Subscription apps are growing in popularity — App Annie reported last month that revenue from subscriptions across the top 100 apps grew 21 percent in 2019, to $4.6 billion. Apple and Google have also begun promoting their own subscription products that offer users a slew of apps and games in exchange for a monthly fee. Participating developers get a slice of revenue based on time spent in their apps.

Some companies like Netflix and Spotify don’t allow users to subscribe through their mobile apps because of the fees charged by Apple and Google. Surely Apple and Google's revenue numbers here would be higher if that weren't the case. For smaller developers, however, subscriptions offer the potential for more ongoing revenue than they’d get from one-off app purchases.