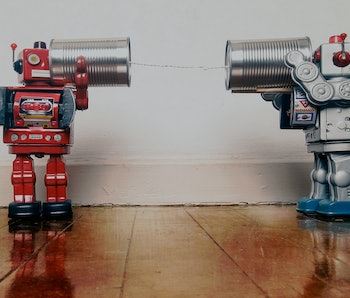 On Tuesday, Google announced the launch of Verified Calls, a new Android feature that identifies a caller by name, logo, and a blue verification check. Verified Calls is the company’s response to the now mandatory STIR/SHAKEN protocol set forth by the FCC to combat robocalls. The feature is now available on most Android phones and will be available to more later this week.

Regular Caller ID is so last year — That’s right, blue checks aren’t just for social media anymore. In 2019 alone, more than 58 billion robocalls were made to Americans. Though most people hang up, those who get taken in lose an average of $1,000, according to Google.

Verified Calls, which will live or die on businesses opting in, attempts to reinstill trust and a sense of safety when doing something as simple as answering a call. In addition to identifying and verifying a business, the feature will also display a brief reason for the call, such as a fraud alert call from a bank. Pixel users have enjoyed increasingly robust call screening features that leverage Google Assistant, but now the broader public will have a way to avoid robocalls.

Robocalls are the universal enemy — Last year, the TRACED Act passed with overwhelming bipartisan support to tackle the issue of robocalls. The legislation gave the FCC the power to mandate implementation of STIR/SHAKEN, but companies like Google and major U.S. phone carriers were already voluntarily working on adhering to the standard. From the FCC:

“STIR/SHAKEN digitally validates the handoff of phone calls passing through the complex web of networks, allowing the phone company of the consumer receiving the call to verify that a call is in fact from the number displayed on Caller ID.”

The Justice Department is also cracking down on carriers who allow for the proliferation of robocalls. Earlier this year, it went after two companies that permitted millions of robocalls to reach their customers.

Robocall scams disproportionately affect the elderly, and many victims have become afraid to answer their phones. Verified Calls follows Verified SMS which launched last year, and according to a vaguely cited study from this announcement, the text version of this feature improved consumer trust.

Verified Calls is available in the U.S., Mexico, Brazil, Spain, and India, and it will eventually roll out to more countries. Google is also partnering with smaller companies like Vonage and Neustar to get this technology to as many people as possible.