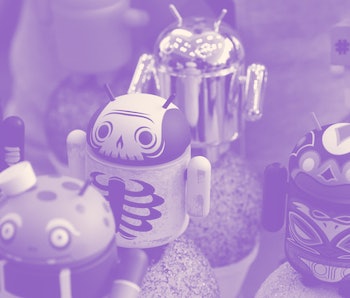 Google is experimenting with the way it helps Android users find the right app for their needs. As spotted by Android Police, some users are seeing an updated version of the Play Store that features new head-to-head comparisons between similar apps.

Incremental, but convenient — Unlike the existing "Related apps" section, the new "Compare apps" directly presents the feature set of the app you're viewing against that of competing options. For instance, when looking at the page for the VLC streaming app, a comparison with MX Player is presented that lists key attributes of each — like whether the apps can play content offline. By putting these details on one page, users don't need to tap through each app's listing to find that information.

When users leave reviews on apps, Google asks them general questions about functionality, and this is likely the data it's using to make these comparisons.

Balancing act — It's unclear exactly what factors Google uses to determine which apps get placement in this section. It probably uses a combination of signals like popularity and average ratings. This could easily become controversial if, for instance, a new app is trying to break through but doesn't get placement in the comparisons. Placing popular apps there, meanwhile, could only help to reinforce their popularity.

The company is already facing heat for its control over developers who want to offer apps in the Play Store. After years of lax enforcement, Google announced back in September that it will crackdown on developers who avoid paying 30 percent fees on in-app purchases by using their own payment systems. A coalition of developers including Epic Games and Spotify is pushing for better terms in Apple and Google's respective app stores.

Cautiously optimistic — Google will need to take into consideration how it incorporates these new comparisons, but they certainly look like a convenient addition and there's a lot of ways they could be useful. Google might compare apps based on how often they're updated so users know whether or not they can expect consistent improvement and customer support.

The feature still seems to be in testing, and there's no guarantee that Google will roll it out more widely. But we remain, as ever, optimistic.