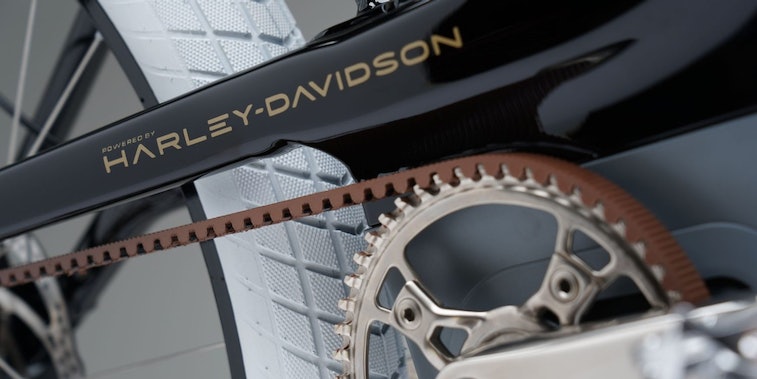 Harley-Davidson has created a new electric bicycle company called Serial 1 Cycle Company. The new brand has been spun off from its parent to focus exclusively on pedal-assisted electric bikes.

The name Serial 1 is a homage to Harley's first motorcycle ever built in 1903, named the "Serial Number One." Back then, motorcycles were much like the e-bikes of today featuring pedals along with a small motor.

Electric bicycles, not to be confused with electric motorcycles, require the rider to pedal and the motor provides a small boost that makes it easier to traverse long distances or climb steep terrain. They typically max out at a speed of 28mph, meaning e-bikes cannot share the same roads with motorcycles — but they also don't require a license to operate in most jurisdictions.

We're not sure about those tires — As part of today's announcement, Serial 1 showed off a prototype e-bike that provides a glimpse at what its first production-ready vehicle may look like. It notably features a design similar to that first Harley motorcycle:

The company made note that this isn't what its first e-bike will necessarily look like when it's unveiled in March 2021. This prototype was created as "a styling exercise," it told Electrek.

We don't know anything concrete about Serial 1's first bike, such as what size motor it will have, or what the battery capacity will be. The bike pictured here looks quite stylish though, with a mid-drive motor, frame-integrated headlights and taillights, a leather saddle, and nice leather handgrips. Though we could do with a different color for the tires; white will always look dirty.

Harley name, Harley premium? — Harley-Davidson began selling its first electric motorcycle, the LiveWire, back in 2019. It wasn't well received, with critics saying at over $29,000, the bike is far too expensive given the performance and range.

If Serial 1's first electric bicycle similarly comes with a Harley premium it might struggle — it's unclear how much the market for environmentally friendly e-bikes overlaps with the demographic interested in Harleys. But if it's priced in the $2,000-5,000 range it could compete in the growing e-bike space — there's no denying the prototype is a nice looking bike.

E-bikes, and bicycles in general, have become increasingly popular during the pandemic as people look for a socially-distant way to get around town. Prices have been coming down as well, and infrastructure is developing to support the new form of mobility. One company called Swiftmile is creating a network of free e-bike chargers around the U.S. in partnership with local municipalities. Cities have an incentive to create e-bike infrastructure because they don't release harmful emissions and can reduce congestion created by cars.