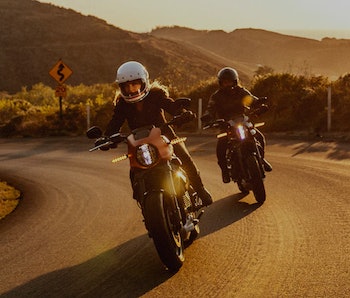 Harley-Davidson announced this week that it will be spinning off its electric motorcycle division into a separate, publicly traded company called LiveWire, and the brand-new brand is already planning its next big drop: a series of electric motorcycles built on the Arrow drive system. These should ostensibly be significantly less expensive than Harley’s current electric offerings.

The LiveWire sub-brand will continue manufacturing the LiveWire One, Harley’s first e-motorcycle offering, but the Arrow platform is really what’s driving the spinoff into the future. The S2 Del Mar — the first bike to be manufactured on the Arrow base — is smaller and lighter than the One, which should (hopefully) make it less expensive than the One’s $22K price tag.

As Electrek notes, a middleweight electric motorcycle like this one could drastically expand Harley-Davidson’s audience. Combine that with a new $1.8 billion sibling company and you have a recipe for hefty profits.

Modular and low-cost — We’ve yet to see the actual S2 Del Mar; that reveal will come at a later date. Most of what we’re privy to now is the S2’s new battery pack, which is quite different than the one built into the LiveWire One.

Where the One’s battery pack is stored inside a separate frame, the S2’s battery is the frame. It’s stuck right between the steering column and the bike’s backend.

The battery is made up of lithium-ion 21700 batteries and includes a built-in inverter and on-board charger, enabling the battery pack to charge at various speeds. This battery style will be used for other LiveWire bikes, eventually, cutting development costs for future motorcycles significantly.

Strategic electrification — Harley didn’t stop at announcing the S2 line, though. The new company will also be making an S3 line — this one even smaller than the S2 — and a heavyweight S4 line that could potentially replace the LiveWire One.

Harley-Davidson’s plan for electrifying its offerings is savvy, at least on paper. Spinning off the brand via an SPAC gives LiveWire much more capital to work with moving forward. That will take Harley’s all-electric lineup far beyond the LiveWire One and the Serial 1 e-bike.

This strategic expansion will make it far easier for Harley-Davidson to meet its goal of selling 190,000 electric motorcycles by 2030. But the low-cost e-motorcycle market is ramping up big time right now. Harley will need to move fast to keep up.