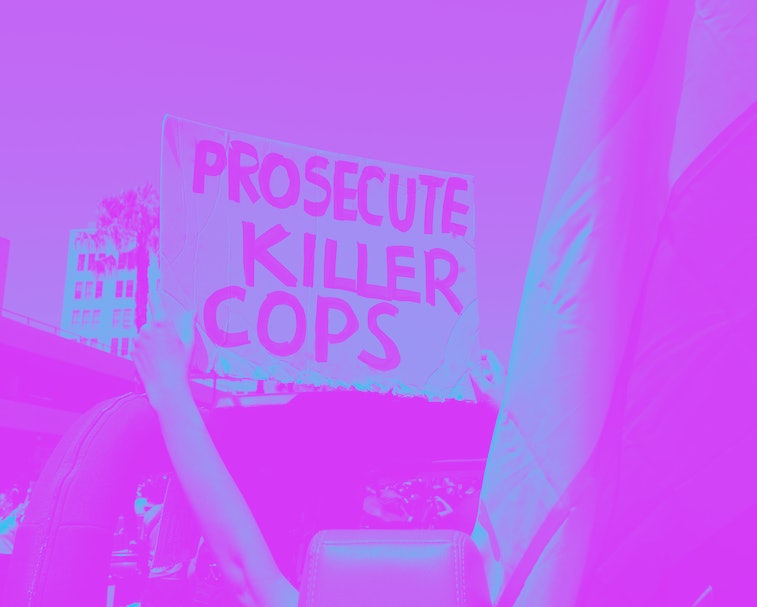 A user-generated iPhone shortcut created in 2018 is making the rounds now in the wake of ongoing Black Lives Matter protests. Robert Petersen created a shortcut that responds to the prompt, "Siri, I'm getting pulled over" and triggers a series of measures intended to protect the user. Upon initiation, it turns on the phone's front-facing camera and begins recording video.

In addition, it also turns off any music that may be playing, dims the display, and turns on "do not disturb mode." A contact of the user's choosing is also notified that they've been stopped by police and is given the user's location.

Once the user decides to stop recording, the video is automatically sent to their chosen contact for posterity. All prior settings will then resume, and the user is also given the option to send the video to iCloud or Dropbox.

A civilian's own bodycam — Peterson, who has indicated he's no longer interested in doing interviews about his shortcut, told Business Insider: "It seemed to me that if you're getting pulled over it couldn't hurt to have a recording of the incident. The police these days in many places have body cams, so this could be the civilian equivalent."

While Peterson's statements about his shortcut have been relatively neutral, his Twitter feed shows more explicit acknowledgement and criticism of police brutality. It also reveals somewhat bizarre blowback to his creation, as if the act of recording any interaction of police is in and of itself a form of criticism.

Download it for yourself — Any iPhone user who wishes to download the shortcut can find it right here, provided they already have the Shortcuts app installed. Peterson posted the link to Twitter, as well as to a Reddit thread he's promised to update with the most current version. If you need any further help setting it up, watch the following TikTok video uploaded to YouTube: