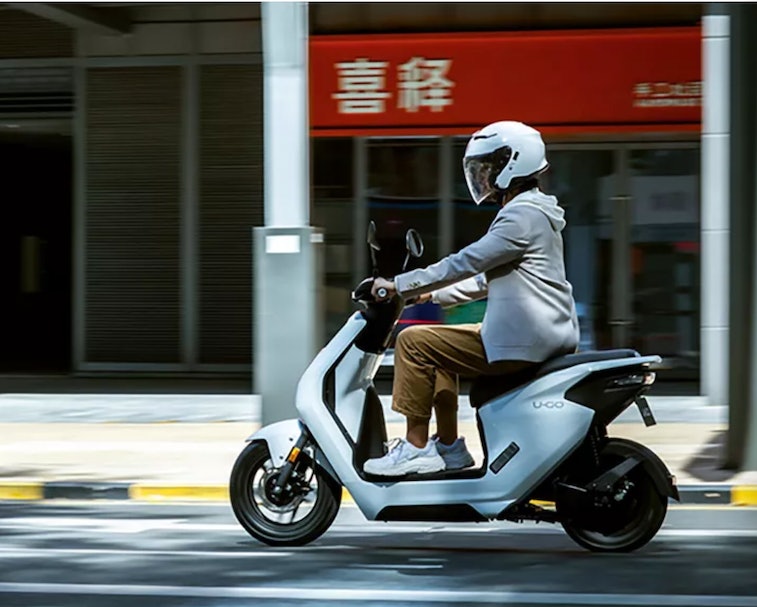 Honda is releasing a new electric scooter for the Chinese market that will cost just $475. The “U Be,” as it’s called, is a sit-down, electric people-mover being made through a joint venture with Chinese automaker Guangzhou. CNET earlier wrote about the good-looking scooter.

In terms of specs, the U Be can go up to 50 miles on a charge, but top speeds are just 15 miles per hour. That means you won’t be riding it on the highway, but maybe that’s for the best. The U Be does at least feature a set of pedals which means that it qualifies as an e-bike and doesn’t require the rider to have a motorcycle license.

Travel comfortably — Because riders remain in a fully seated position, the U Be could be a comfortable way to get around town. And anyone who lives in a crowded city like New York knows that finding a parking space can be painful — a small ride is much more versatile in that regard.

It’s too bad that Honda doesn’t seem to be bringing this bike to the United States. Regulations might be a tricky issue, however — a patchwork of laws around the country dictates what’s street legal and what isn’t and perhaps Honda simply doesn’t want the headache... or doesn’t think Americans will settle for something so sluggish.

Electric bikes have boomed in popularity during the pandemic as people seek to spend more time outdoors and prices continue to come down. The vehicles are also just frankly fun to ride, something people learned through the rise of shared rental startups.

Scooter startup Bird just announced its first e-bike that will be available for standalone purchase. That bike is on the high-end, though, and comes with a price to boot: $2,299.