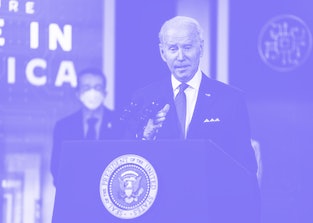 Funds reserved for chip manufacturing over the next five years

As the semiconductor shortage continues to wreak havoc on the global supply chain, pressure continues to build from within for the U.S. government to create new manufacturing facilities within the country’s borders. Today the House of Representatives passed a bill that includes provisions for new chip factories in the U.S., potentially providing a path forward to ease domestic shortages.

The America Competes Act, which passed with a vote of 222-210, is wide-reaching and ambitious. (Hence the $350 billion price tag.) The bill is an enhanced version of an earlier bill called the U.S. Innovation and Competition Act, and both seek to raise federal support for research and technology in order to better compete with foreign entities. (Hence the name.)

Both versions of the bill set their sights on spending a huge chunk of that cash on semiconductor manufacturing — a matter both Democrat and Republican lawmakers have put their weight behind. The only problem now (or the main, one at least) is that actually putting the bill to use will not be a quick affair.

America does, indeed, compete — The America Competes Act covers significant ground across science and technology with one major motivator overshadowing its entirety: China. The U.S. is increasingly concerned that its reliance on China for technological needs is setting its own manufacturing back big time.

“We’ve just got to compete,” House Science Committee Chair Bernice Johnson told NPR. “And we’ve got to hopefully feel like we’re a little step ahead. And that’s really a big goal, because as you know, our society is very different in the kind of freedom versus communism type of behaviors.”

The bill’s financials include $160 billion for scientific research, $45 billion for supply chain improvements, and $52 billion for chip manufacturing. At least $8.8 billion will be earmarked each year for climate change research, with another $8 billion over the next two years for assisting developing countries in doing the same.

Not much help for now — The new bill’s passing in the House is a significant step toward unburdening the supply chain and generally improving domestic production of semiconductors. But it’s not a firm fix yet. Congress will now need to work alongside the House to rectify the differences between the America Competes Act and its predecessor, and then that compromised bill will need to pass through the legislative branch, too.

So a solution is in progress but not exactly near to completion. If the bill does eventually pass, companies will then need to actually build and staff facilities to produce the semiconductors in question. It’s going to be a while before the fruits of this budgeting labor actually pay off.