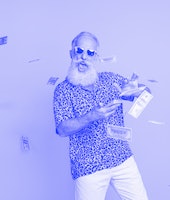 Some users claim their Netflix, Spotify and other accounts were hacked after downloading the video-calling app.

Houseparty, the video-chat social network, has seen a massive surge in users since the outbreak of COVID-19. But the app has also found itself the subject of what it calls an online “smear campaign,” with some users claiming account lockouts from other apps like Netflix and Spotify after downloading Houseparty, something the company vehemently denies. Now Houseparty is offering a $1 million bounty for information about the alleged campaign to tarnish its name.

Houseparty has, to date, been diligent about responding to claims of hacking or locked accounts. As interest in the app picks up, it would do well to continue being transparent about any and all data it collects from users, along with any breaches or other problems, lest it come in for the sort of pressure now being applied to Zoom, which hasn't been as forthright as users would like.

Houseparty is where the party’s at right now — Zoom may have quickly become the de facto video-conferencing software for business meetings, but Houseparty is staking its claim as the more laid-back and hipper alternative for digital socializing. On March 10, the app was listed as the 619th-most-popular social networking app on Apple’s App Store. Now it’s made the leap to the number one spot.

Houseparty has enjoyed a relatively quiet existence up to this point. The app was launched back in 2016 by Meerkat, which was in itself a very popular live-broadcasting program that was eventually overtaken by Periscope after Twitter acquired it. Houseparty’s service is simple: it allow users to video call friends, family or even strangers in virtual rooms that allow up to eight users at a time and include the option to play digital games. It's like a dormroom party for the age of self isolation.

How accurate are the claims? — Houseparty fervently denies the allegations against it are true. Before posting its offer of a bounty, the company had already taken to social media to try to dispel the rumors:

Some users claim they’ve been locked out of their Netflix, Spotify, or PayPal accounts after downloading Houseparty, something that's naturally concerning for the app, and precisely the sort of accusations that could quickly sink it. One viral tweet alleges that the app took control of their DMs and sent suggestive messages on Twitter.

Some cybersecurity experts have pitched in by citing the app’s inability to access third-party apps. Lukas Stefanko, a malware researcher, told CNBC there is “no evidence Houseparty is connected to all these different hacked accounts.”

The jury is still out on whether or not Houseparty’s permissions should be considered invasive. The company itself seems very sure that its app is airtight. Like its more corporate counterpart Zoom, Houseparty can expect more probing into its privacy policies as it gains traction. The company would do well to release a detailed transparency report to better dispel rumors and ensure its users feel comfortable using the app.

Oh, and if you happen to know who started that apparent smear campaign, congrats: you’re on your way to being a millionaire. Just be sure to let Houseparty know before anyone else does.