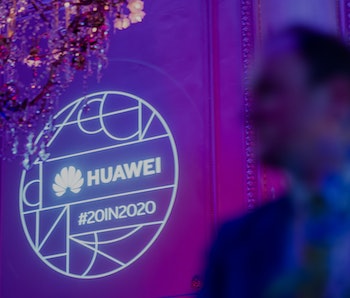 Today Chinese tech giant Huawei filed a lawsuit against Verizon, seeking compensation for the company’s improper usage of 12 of Huawei’s patents. The exact amount of compensation has not been disclosed, though a source familiar with the situation said it could total hundreds of millions of dollars.

No surprise here — This lawsuit won’t come as a surprise to Verizon; the company has been in talks with Huawei about these patents for “a significant amount of time.” Huawei provided Verizon a detailed list of the patents and “factual evidence” that Verizon had been using them without Huawei’s permission. The companies couldn’t reach an agreement — hence the lawsuit.

The Wall Street Journal reported last June that Huawei had been seeking licensing fees for more than 200 of its patents. It’s not clear whether or not Huawei still believes Verizon has been improperly using this many of its patents.

Huawei makes a lot of cash from its patents — According to Huawei’s press release, the company has signed more than 100 license agreements with major vendors in the U.S., Europe, Japan, and South Korea. Those agreements have brought in more than $1.4 billion for Huawei since 2015. With patent agreements bringing in so much money for Huawei, it’s no surprise the company is bringing litigation against Verizon.

Huawei has also paid more than $6 billion for using patented technology from other companies. Eighty percent of this money has gone to companies based in the U.S. Huawei wants to make it clear here: it’s doing due diligence in paying for its patent use, and other companies need to follow suit.