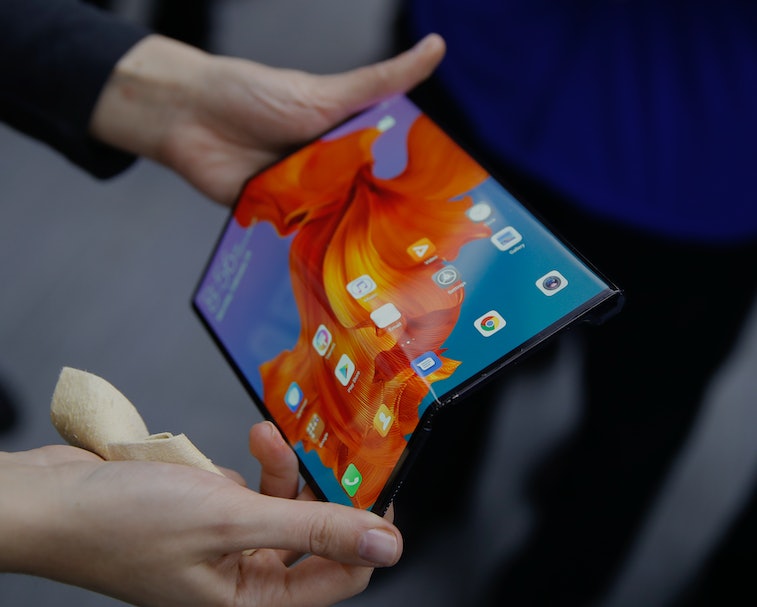 Huawei’s Richard Yu confirmed in an interview with Frandroid that the folding Mate Xs will be unveiled at Mobile World Congress in Barcelona in March. The Mate Xs is essentially an updated version of the Mate X and is expected to include an updated hinge design along with the Huawei’s Kirin 990 processor.

It’s going to need apps — The Mate Xs’s biggest hurdle will be apps. With the U.S. and China still locked in a trade war that resulted in Huawei’s latest Mate 30 smartphones launching without the Google Play store or Google apps, the Mate Xs could struggle to find a market outside of China. The P40, which Yu says will be announced in Paris in late March, will face the same challenges.

While there are unofficial workarounds for installing Google apps on Huawei phones, only the most committed Huawei fans will even consider doing so. Which is a pity, because Huawei phones have outstanding build quality and cameras that consistently keep Apple and Samsung on their respective toes.

Treading carefully — The original Mate X’s foldable display is a showstopper, but the hinge is alarmingly crunchy in action. Hopefully, the updated hinge on the new foldable phone is less so.

The Mate X had a very limited release outside China, so the Xs may be one of the first Huawei foldables other markets get. As Samsung learned the hard way, rushing a foldable to market for bragging rights can be calamitous, so it’s probably better that Huawei is spending more time refining its own.