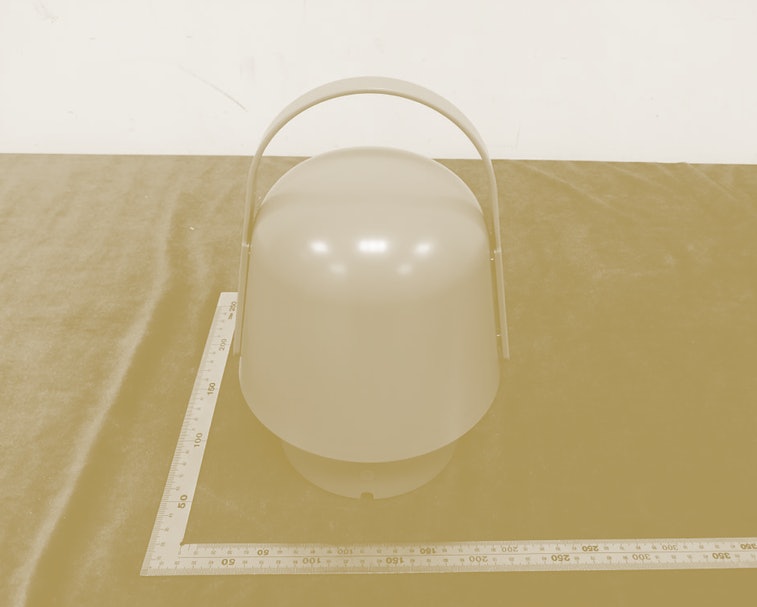 Ikea has another lamp-slash-smart-speaker combination on the way, according to a newly spotted FCC filing. The new Vappeby is equal parts light source and speaker, with an integrated 2700K bulb, a dedicated “Spotify Tap” button, and a handle for carrying.

The new lamp will be one of the first Bluetooth speakers with the Spotify Tap button, which the company began rolling out on some headphones earlier this year. The physical button allows users to resume their Spotify stream from wherever they last left off. Pushing the button again plays an algorithmic recommendation from Spotify.

Because Ikea itself hasn’t actually announced the Vappeby lamp just yet, we don’t know exactly how much it’ll cost, where it’ll be available, or when we can expect its release. It’ll join the rest of Ikea’s Vappeby lineup — known in the United States as the Eneby — of Bluetooth speakers that don’t include a smart assistant like Alexa or Siri.

All-purpose lamp-speaker — The Vappeby lamp is notable in that it has an IP65 rating, which means it is dust-tight and protected against water projected from a nozzle. That positions it as a much more rugged device than the rest of Ikea’s Vappeby/Eneby lineup, which are positioned as indoor-only devices. This one would be great on the balcony or in a garage workshop.

The new lamp speaker appears to pack quite a punch for such a small product. Unlike other Vappeby/Eneby speakers, it charges via USB-C, which should mean more efficient charging cycles, and Ikea says it will work for 13 hours on a single charge at 50 percent brightness and 50 percent volume.

The speaker has four operational buttons. The Spotify Tap button only starts up Spotify, while the larger center dial controls the device’s power, volume, and operational functions like skipping tracks. There’s also a Bluetooth button for pairing and a button on the back for setting the lamp to zero, 50, or 100 percent light.

Let’s put speakers in everything — The Vappeby lamp continues Ikea’s new favorite trend: Adding a Bluetooth speaker to everything. There’s actually already an Ikea table lamp, though that one is more high-end, with a swappable glass lampshade and a Sonos speaker inside. That lamp retails for about $179, so we’d expect the Vappeby lamp to be significantly less expensive.

Earlier this year, Ikea and Sonos also paired up to make a speaker that looks just like a picture frame. That particular product suffered from one major design flaw — a glaring cord trailing from the frame when it’s hung — but we appreciated the effort anyway.

Now that the FCC has approved the portable lamp speaker, it shouldn’t be all that long until it sees a wide release.