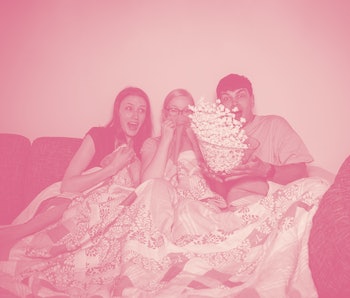 If you were looking to illegally stream a movie or TV show in 2014, you probably encountered (and perhaps downloaded) Popcorn Time. The user-friendly “Netflix for piracy” garnered so much swift attention upon its release that legal forces swiftly descended to dismantle it.

But now the phoenix quietly rises from the ashes: Popcorn Time is back online to bring free entertainment to the masses, just in time to self-quarantine. It looks like we're about to see a torrent renaissance.

Still very illegal, though — Popcorn Time is still just as illegal as it was upon its release nearly six years ago. The application is deceptively simple, allowing users to stream movies and TV shows with a few clicks — but the background processes are still built upon torrenting, which violates U.S. copyright laws. It might not look illegal, but that won’t exactly hold up in court.

We’ll definitely see more of this — The outbreak of COVID-19 has put a large portion of the United States’ workforce on indefinite hold, and many employers are not footing the bill, leaving many with decreased funds for daily essentials. That means less money to spend on often-expensive video rentals. New theater releases, some of which are becoming available for online rental, can run consumers nearly $20.

If nothing else, the resurgence of the app is a reminder that the combination of boredom and lack of funds is sure to send illegal streaming through the roof in the coming months. Because of its recognizable name, the latest iteration Popcorn Time will likely be taken down sooner rather than later. But more traditional torrenting methods are sure to thrive for the foreseeable future.

More like this
Will Gendron
6.18.2022 3:15 PM
Who's that?
Trick people into thinking you're Morgan Freeman with Voicemod's new AI freeware
Will Gendron
6.16.2022 9:00 PM
Culture
Anna Sorokin hopes to part with scammer identity by... pivoting to NFTs
Will Gendron
6.23.2022 4:00 PM
Tech
DARPA pokes yet another hole in blockchain’s ‘decentralization’ claim